BYOL: 11 outdoor spots to eat your lunch in Philadelphia

There's no reason to eat at your desk all summer 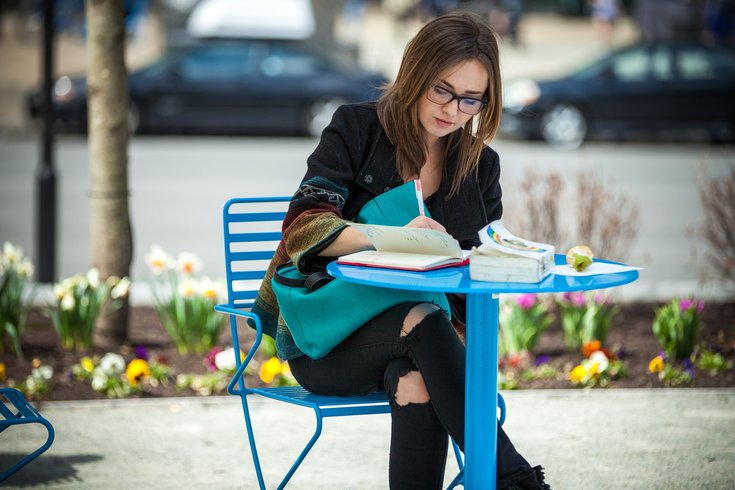 Lana Brown, a senior in Temple University's Advertising program works on a logo design while waiting for a friend to finish a yoga class nearby.

There is certainly no shortage of places to buy a nice lunch in Philadelphia. Each neighborhood seems to have that one place where everyone goes to eat. But those who bring their lunch to work or school or what-have-you shouldn't be chained up in cubicle jail during their lunch hour.

Check out the list below for nice places to sit and eat your lunch when the weather is nice. But be warned: birds and squirrels come with the territory. 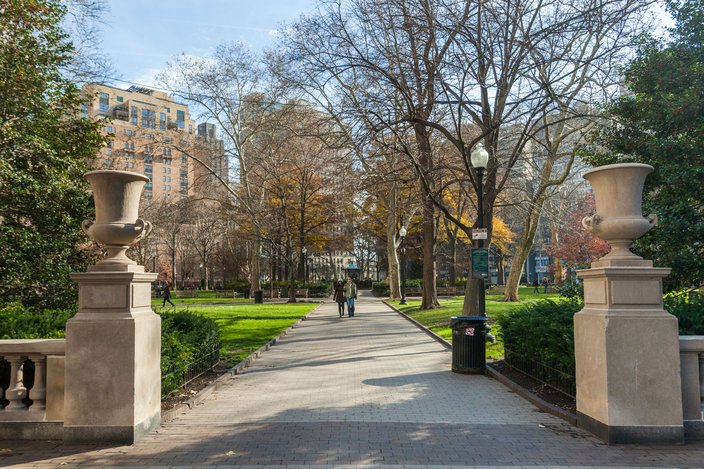 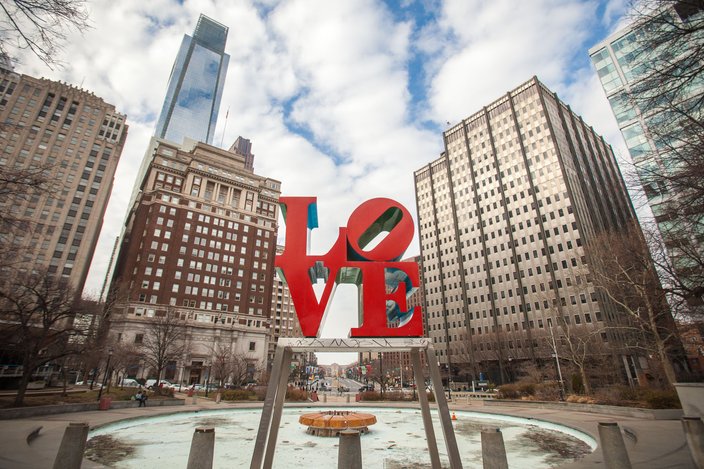 Sure it needs a makeover and we're all excited it's finally getting one, but for now Love Park makes for a nice place to relax. If you can stand the skateboarders and don't mind park frequent guest Philly Jesus then sit on down. Plus, they have a rotating selection of food trucks in case you're extra hungry. 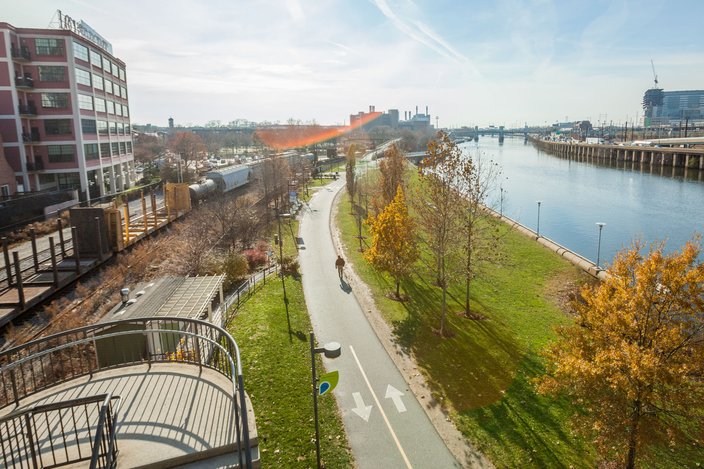 The view of the Schuylkill Banks from 24th and Market Streets. (Thom Carroll/PhillyVoice)

If you're near the handy entrance to the Schuylkill Banks at Market and 24th Streets, take a stroll down the trail if your lunch is particularly mobile. If not, find a bench or picnic in the grass along the river. Don't forget to sneer at those using their lunch hours for exercise. 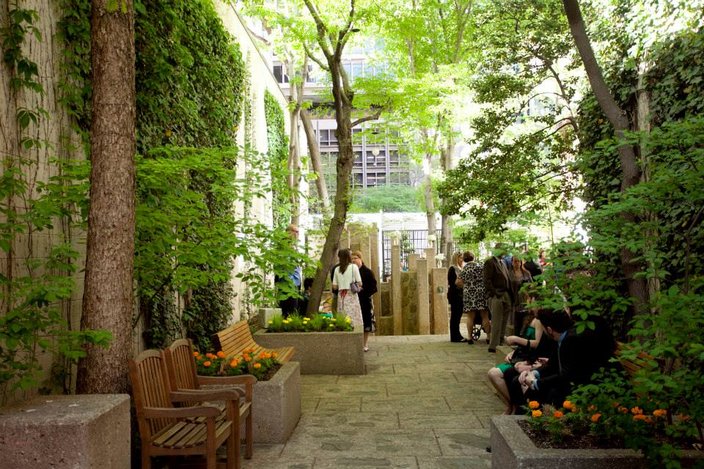 This little oasis is tucked away between bustling businesses. There are plenty of benches and stone steps on which to camp out, plus some relaxing fountains and lots of shade. It may look small from the outside, but a few couples have chosen to hold weddings there. 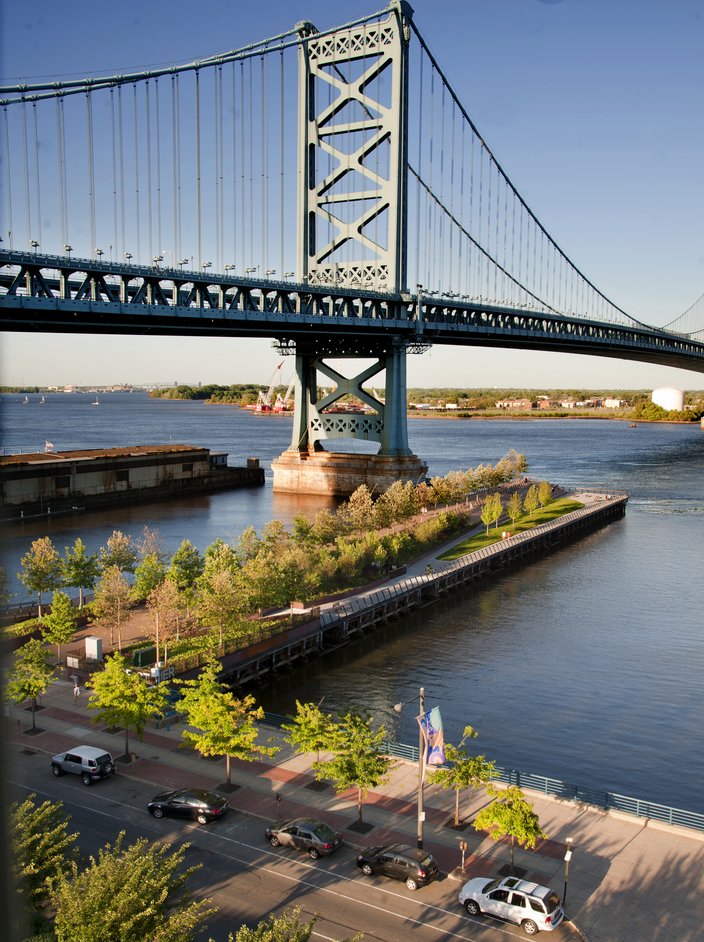 This waterfront locale isn't just for free yoga (though we love that, too). With serene views of the city and the Delaware River, it doesn't get more Instagram-friendly that this. If you're lucky enough to work in the area it's worth the extra walk to have some peace and quiet. 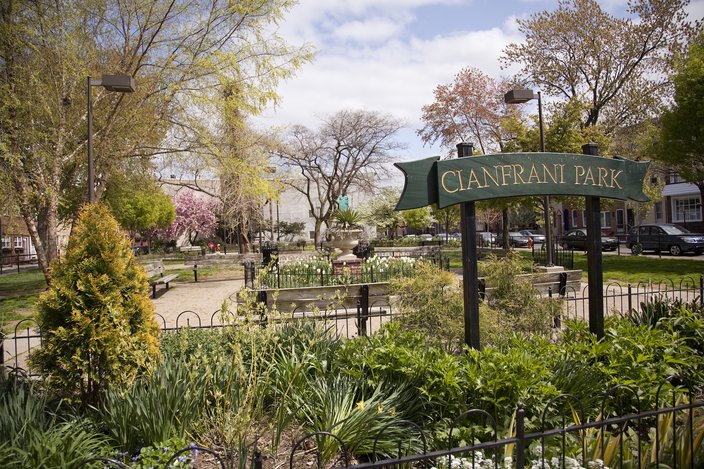 Not quite in the busy South Street area and not quite on hip East Passyunk Avenue, this teeny park has a lot more chill than the neighborhoods nearby. It's a boon to those working in the Jefferson Hospital area, especially when the benches at Washington Square are full. 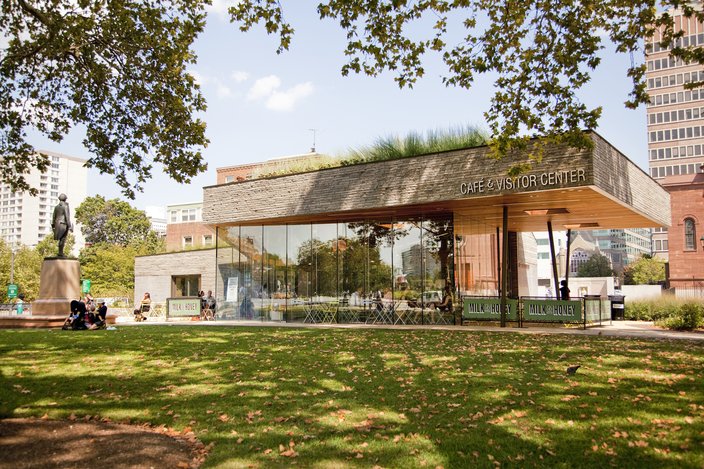 If the sound of young children and their parents giggling and playing doesn't bother you, Sister Cities is a nice spot to eat. Center City District hosts family-friendly activities there in the afternoon and the park's cafe has many last-minute bites you might need. 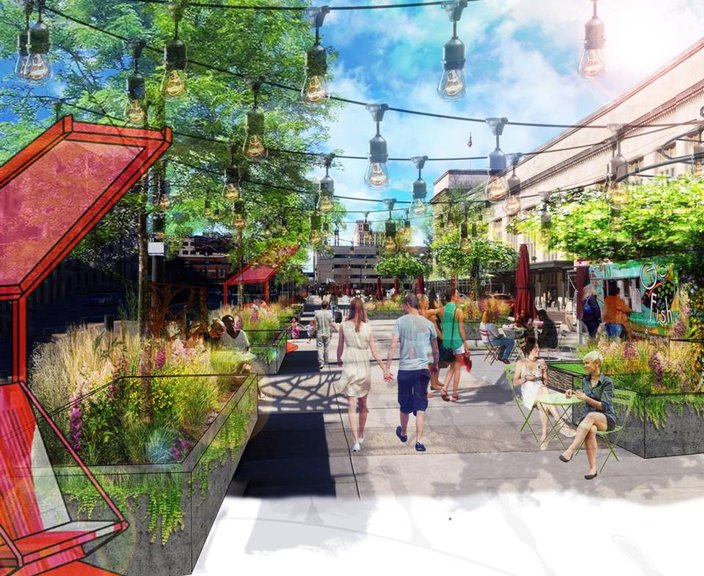 Now that it has been refurbished with fun lights and shade-giving umbrellas, The Porch 2.0 is better than ever. The seating arrangement encourages talk among strangers or meeting up with friends. Plus, you never know who you'll run into coming or going at 30th Street Station. 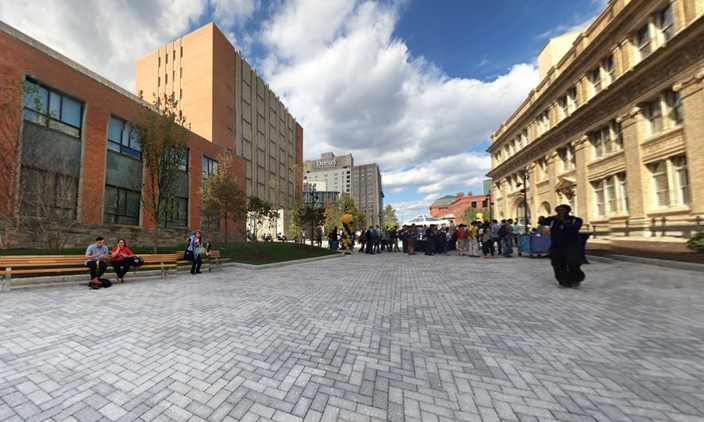 Drexel University has this thing with chairs. They love to add them (and benches and tables) to any vacant spot on campus. However, the ones they've placed in the brand new Perelman Plaza are so abundant that there's almost always a seat available. It's good for people-watching too. 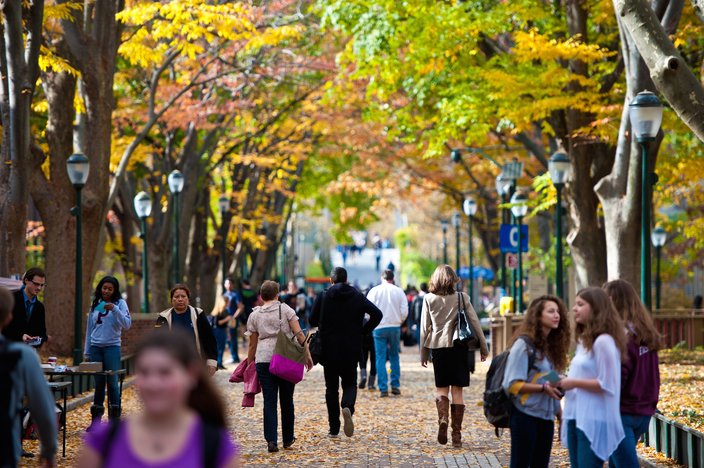 The University of Pennsylvania's Locust Walk weaves through the heart of campus and is lined with benches and public art. It's lovely in the fall when the leaves change colors, but it's also great in the summer when its undergraduate population is largely gone. 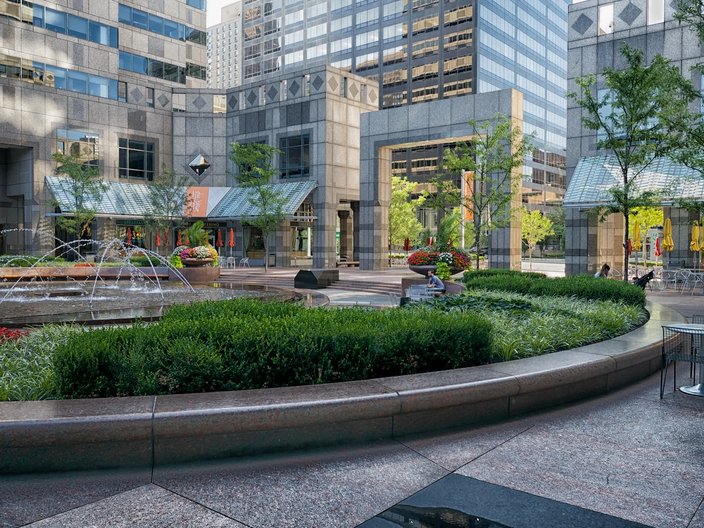 Not only is it a hop, skip and a jump from plenty of Center City's office buildings, but the courtyard has lots of seating and shade. Most importantly, it also has a large media wall that displays news, sports and digital art in case (heaven forbid) you forget your phone.