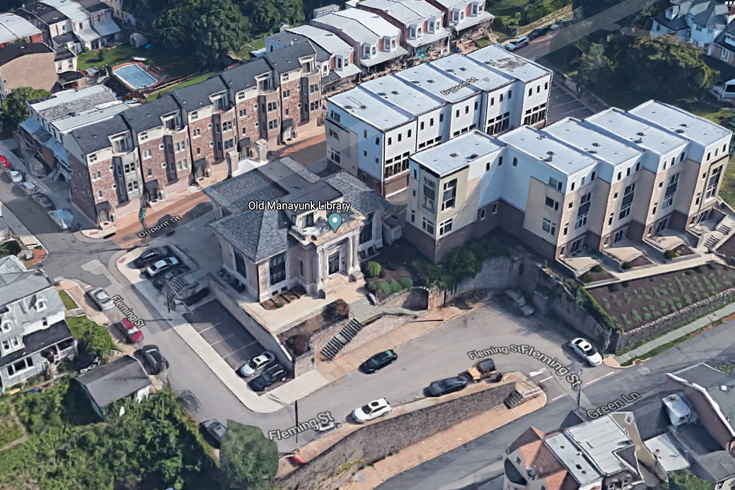 A 43-year-old man in a car was shot multiple times and killed as he pulled into a garage on the 300 block of Dupont Street in the Manayunk section of Philadelphia on Tuesday, Feb. 26, 2020. Police recovered 31 bullet casings at the scene.

A man was shot multiple times and killed as he pulled into the garage of a Manayunk home on Tuesday night.

At the scene on the 300 block of DuPont Street, Philadelphia police recovered 31 bullet casings from a high-powered rifle, officials said, and investigators are calling the shooting an "ambush, execution style murder," 6ABC reported.

The homicide took place around 8:15 p.m. The victim is described as a 43-year-old man from the city's West Oak Lane neighborhood, according to information Fifth District police provided to the neighborhood's town watch. On Wednesday morning, 6ABC identified the man who was shot at I. Dean Fulton.

The man crashed his vehicle into the inside of the garage after the shooting. The car's tires were still spinning when police arrived and caused the garage to fill with smoke, police said.

Police said the suspects left the scene in a dark-colored Jeep Cherokee.

The motive for this crime is unknown at this time, but police said they do not believe "any further violence/retaliation will occur on this block."

Anyone with information about this homicide can call police at (215) 686-TIPS.