After 20-year-old Clayton Robinson was caught with a firearm underage, an investigation uncovered the straw purchase of 34 guns that were sold on the streets illegally 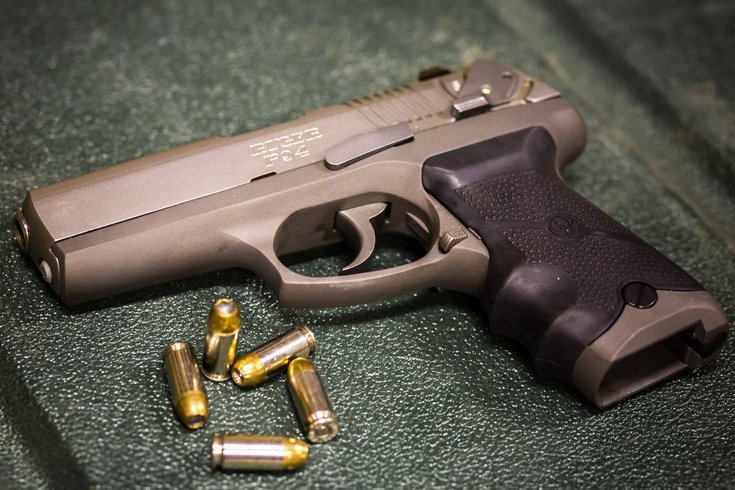 Five men were charged in a gun trafficking ring that illegally obtained and sold guns across Philadelphia, Bucks County, and Montgomery Counties.

A group of men led by 20-year-old Clayton Robinson, his brothers Julian Robinson, 31, and Kenneth Robinson, 18, of Glenside, worked with Maurice Baker, 23, from Bristol, and Brett Portner, 22, from Jenkintown to purchase firearms and sell them on the black market for a profit across Philadelphia, Montgomery and Bucks Counties.

The men were arrested and charged with unlawful transfer of firearms, corrupt organizations and conspiracy, and related charges.

A sixth man, Joseph Lynch, 25, of Carrolton, Ga., is being sought by police for straw purchasing firearms for the organization.

"These firearms purchases were all "straw purchases," when a person with a clean background purchases firearms specifically on behalf of another person to conceal the true ownership of the firearm. Persons who are unable to legally purchase a firearm would include convicted felons, domestic violence misdemeanants, juveniles, and mentally ill individuals," a press release said.

In April, Clayton Robinson was caught possessing a firearm by Abington police. You must be 21 years old to have a legal license to carry a firearm in Pennsylvania.

An investigation into Clayton Robinson's activities led police to Baker, Portner, and Lynch, with whom Clayton had been in constant communication. Law enforcement began tracking firearm purchases by the men, conducting interviews, and reviewing phone records and social media activity. They found that Lynch purchased 17 guns for the organization from Nov. 17, 2020, through March 15, 2021. Portner purchased five guns from Jan. 11, 2021, to Feb. 3, 2022, and Baker purchased 12 from May 12, 2021, to Dec. 31, 2021.

"These defendants were acting together with the sole purpose of making money by putting firearms in the hands of people who cannot lawfully buy and possess guns, in effect arming criminals and, in particular, arming criminals with firearms capable of firing many, many bullets in a very short amount of time," Montgomery County District Attorney Kevin Steele said.

Once the guns were in Clayton's possession, he illegally removed the serial numbers, preventing police from tracing the guns to previous locations or people. Clayton also sold gun kits that convert semi-automatic firearms into more dangerous and completely automatic weapons.

"Fighting illegal gun trafficking is our top priority in Bucks," Bucks County District Attorney Matt Weintraub said. "We are gaining great ground in this area with the help of great partners like the Montgomery County District Attorney's Office and many other local, county, state, and Federal law enforcement partners. When we work together, all of us are safer. That's how we win."

Although 34 guns were purchased to be resold on the streets, only six have been recovered, a Taurus .38 caliber, Glock handgun, Ruger 9 millimeter, a  Glock 9 mm, a Taurus 9 mm, and a Canik 9mm semi-automatic handgun.

A preliminary hearing for the suspects is scheduled for Dec. 15 at 10:00 a.m.