Down the hatch: 7 specialty shots to try in Philadelphia 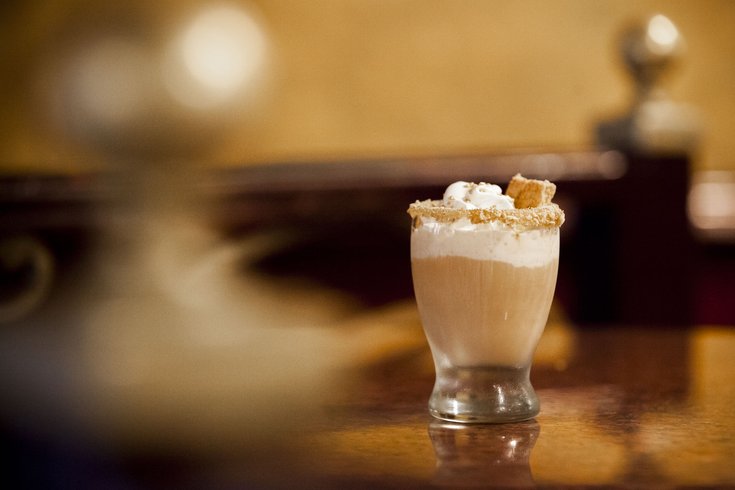 Not every stiff drink comes in a mug or martini glass.

The shot has never exactly gone out of style, but just as beer and cocktails have been subject to some tinkering in the past few years, so too have shots -- and we're not just talking about the Jell-O shot or the Kamikaze. We're talking shots -- "shooters" -- that contain everything from oysters to artichokes.

Whether for a celebration, a little experimentation or just an after-work swig, these are the shots that provide the burn while titillating the taste buds. Below, we compile just a few of the odd, the classic, the seasonal and the delightful in Philadelphia bars.

Just in time for fall, Irish Pub, located at 2007 Walnut St., is replacing its lineup of popsicle shots (yes, that's a thing) with the Pumpkin Latte Shot -- which, of course, tastes exactly as it sounds. The shot is a mixture of Cafe Patron, Bailey's and pumpkin liqueur with a splash of cream. And if that all sounds like too much for a shot to still be boozy, don't fret: It still packs quite the punch.

The shot costs $6 and is available through the fall season. 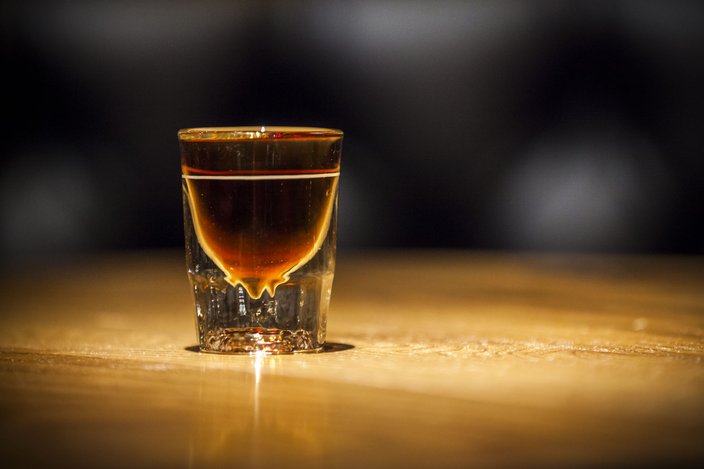 The wonderful result of an on-a-whim experiment among the bartending staff, "The Industry Standard" is described by one of the bar's managers as a popular "after-work" kind of drink for the industry crowd -- probably because it comes with a particularly potent bite from the shot's Rittenhouse Rye, mixed with Cynar to create what tastes like a miniature Negroni. Its unique flavor comes from the Cynar, a bittersweet liqueur made from a collection of herbs that most notably contains artichoke.

The shot will set you back about $8. 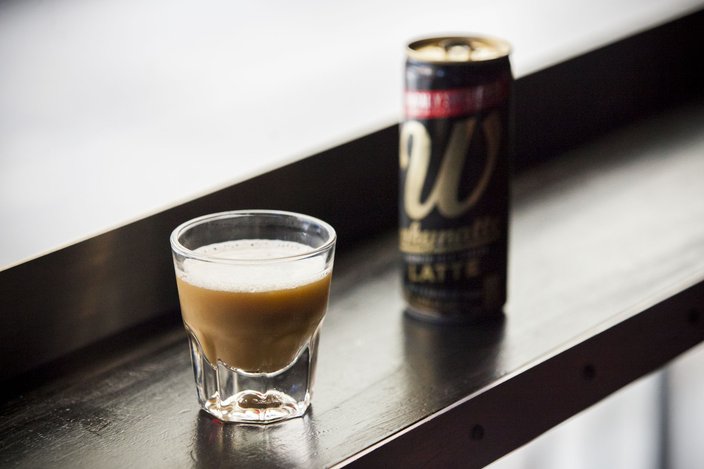 Raven Lounge is one of few bars in Philadelphia where you'll find a full menu of specialty shots. Among 10 others on that menu is the Whynatte Whippet, a combo of whipped cream vodka and a ready-to-pour latte that's surprisingly smooth and not overly sweet, thanks to Whynatte's low sugar content. 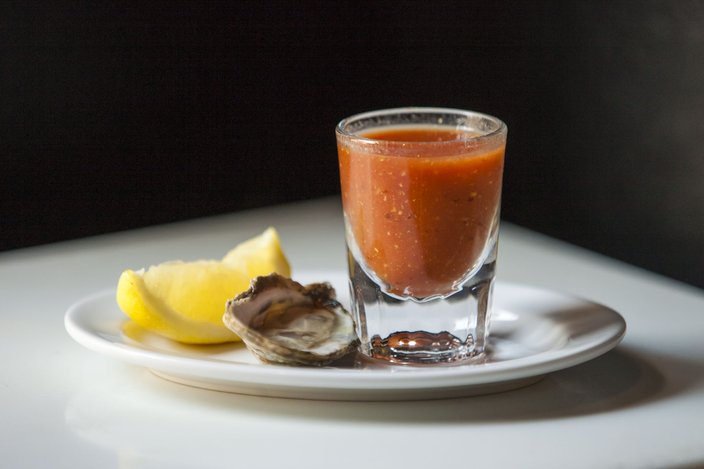 The New Englander is a staple of oyster houses everywhere. Oyster House's take on the shooter includes horseradish-infused Fortis vodka, a thick tomato juice and an oyster that's slipped into the bottom of the shot glass for a slimy finish. The most popular shooter the restaurant's bar serves, its burn is about as strong as any Bloody Mary, but its satisfying spiciness is what really sets it apart. Tip: Take advantage of that lemon garnish.

The shooter ordinarily costs $5 but is commonly on special during happy hour for just $3. 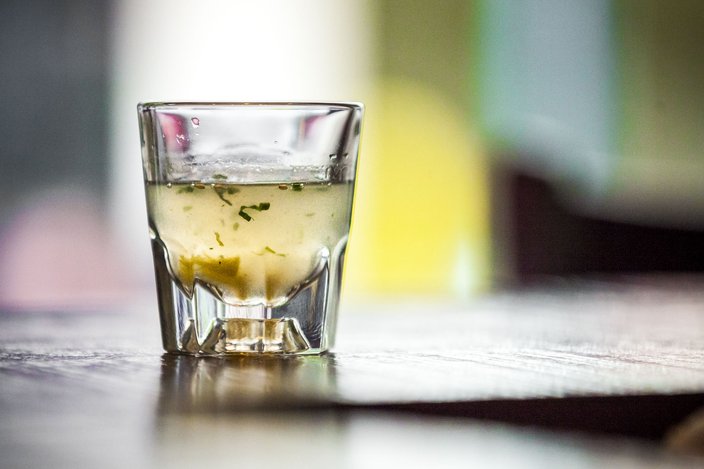 "The Tiger" shot, which can be found at Jose Pistola's  and Sancho Pistola's. (Thom Carroll / PhillyVoice)

The dregs of Jose Pistola's Himachi fish plate are poured into a pairing of the bar's Mezcal tequila and Vida wine to create a shot that's salty and, yes, fishy. Though, despite the citrus in the Himachi juices, you won't find any relief in the Burn Department: This is just as eye-watering as any straight-up shot.

Because the Tiger shot only comes with an order of Himachi, its price is as steep as the drink is stiff, coming in at $22. Also find this shot at sister bar Sancho Pistola's at 19 W. Girard Ave. 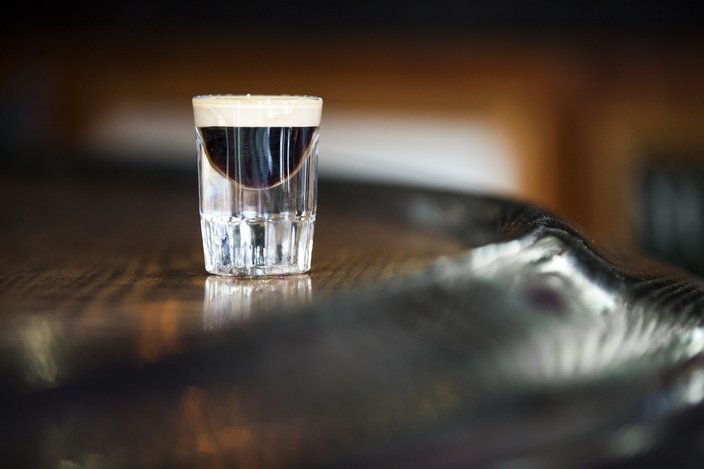 Looks like a Guinness, right? Don't be fooled: It's actually a combination of coffee liqueur and Irish cream liqueur. Layered together in a chilled shot glass, they give the appearance of a bite-sized, heady Guinness with a creamy, espresso-like flavor.

The shooter is priced at $8. 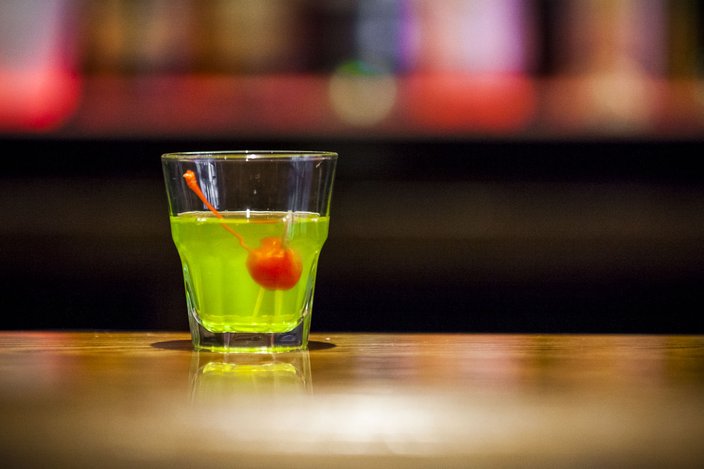 As to-the-point as the drink's namesake, "The DTF" is very much a classic party shooter. Inside: Absolut vodka, a super-sweet Midori liqueur (hence the green) and sour mix to counter that sweetness. And, rather poetically, it's garnished with a cherry.