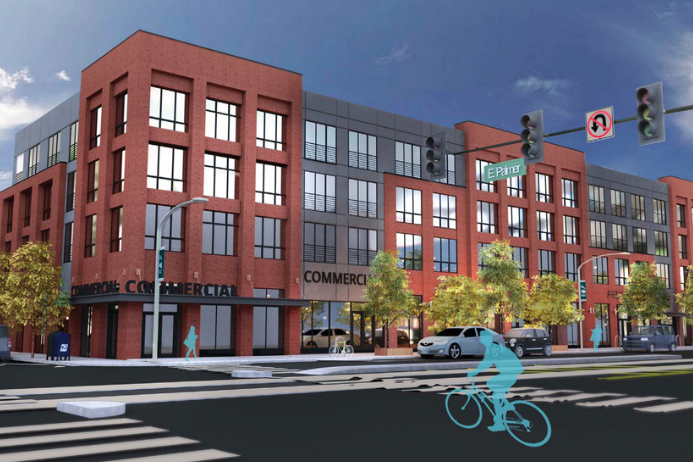 Plans for a new apartment complex in Fishtown took a step forward last week after a proposal for 71 units received the go-ahead from Philadelphia's Civic Design Review committee.

The project, named Wolff Court, calls for a four-story complex next to the Fishtown Recreation Center at 501-27 E. Girard Avenue.

Designed by Harman Deutsch Architecture, Wolff Court will entail the demolition of several structures currently at its intended location.

A combination of studios, one-bedroom and two-bedroom apartments would sit atop a ground floor dedicated to retail. For residents, the building would include a gym, movie room, dining area and outdoor space.

While the proposal generally drew praise from the CDR committee, one area of concern is the planned height of a brick wall separating the building from the rec center's basketball courts, according to Curbed Philly. Neighbors have suggested the wall should be higher than six feet to prevent the possibility of kids climbing over it.

Plans Wolff Court come as the Fishtown Recreation Center moves toward $500,000 renovation project of its own. Construction at the rec center is slated begin in 2018.