Back in business? Lynne Abraham puts application in for interim DA 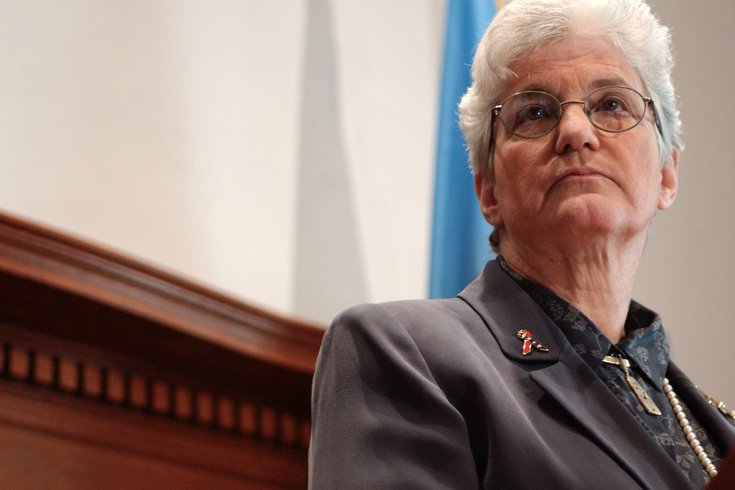 In this file photo, former Philadelphia District Attorney Lynne Abraham listens to a reporter at a news conference Thursday, Sept. 12, 2002, in Philadelphia.

Former Philadelphia District Attorney Lynne Abraham is hoping to get back to the office.

Abraham, 76, who served as district attorney from 1991 until 2010, put in her application to be considered for interim DA Thursday following Seth Williams' resignation from the position after pleading guilty to a bribery charge, City&State PA first reported.

Abraham told the publication that she's not looking to get paid for the five-month role, which would otherwise rack up to nearly $78,000, according to Philly.com. She also doesn't want to interfere with November's election between Democrat Larry Krasner and Republican Beth Grossman.

“It’s very demoralizing to work in an office when your leader is ruining the mission of the office,” she said of Williams. “That was an anomaly. We should go back to being the type of office we’ve always been.”

Williams, 50, resigned in late June after he pleaded guilty to the bribery charge. He will face sentencing in October, where he could see up to five years in prison.

A Board of Judges will vote on who will fill the vacancy next Thursday. The final day to submit an application is Friday.

Krasner, a civil rights lawyer and strong opposer of the death penalty, will run against Grossman, who was an assistant district attorney in the DA's office for more than two decades, on Nov. 7.

Abraham, who was nicknamed the "Queen of Death" for her use of the death penalty throughout her four terms, also ran for mayor in the 2015 Democratic primary. She told City&State that she does "not presume that [Krasner] will win" in the upcoming municipal election.