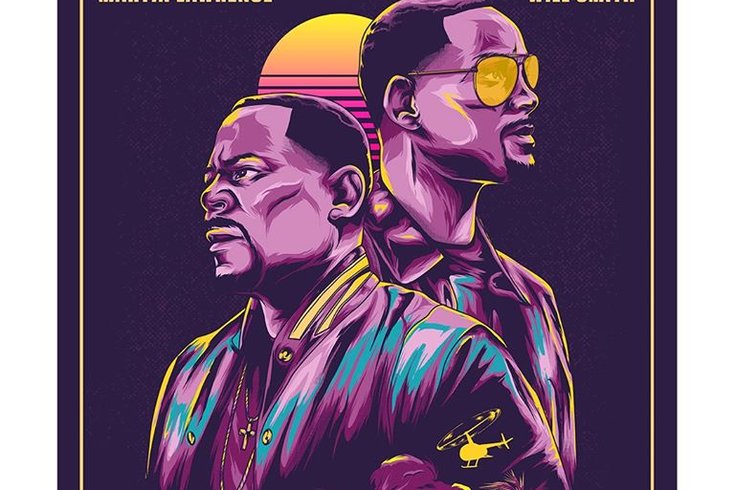 'Bad Boys for Life' tops the box office this weekend. with a projected $68 million in earnings. The film's debut is the second-biggest opening for Martin Luther King weekend since 'American Snipper.'

"Bad Boys for Life," the threequel to the '90s hit starring Will Smith and Martin Lawrence, is set to top the box office in the second-highest record for Martin Luther Day weekend.

After a 17-year hiatus, Miami detectives Mike Lowery (Smith) and Marcus Bennett (Lawrence) return to the screen, garnering a whopping $23.5 million at the box office on Friday, according to Box Office Mojo. The film is projected to make between $66 and $68 million this weekend in the U.S. The only film that tops the record for MLK weekend is "American Snipper" with $107 million.

Ahead of the action-comedy's release this weekend, news broke that the franchise is already seeking to make a fourth film. Chris Bremner, writer for "Bad Boys for Life," was reportedly asked to pen a script for the fourth film last week, The Hollywood Reporter first reported.

Smith recently stopped by "Late Night with Seth Meyers" on Wednesday to discuss his return to play Lowery. "You know, people like sequels," Smith tells Meyers jokingly. "You make a couple of movies that people don't want to go see, then you just sort of start making what they want to go see."

Smith's most recent film, "Gemini Man," flopped at the box office in October. With a budget of $138 million, the film needed $275 million to break even, but only made a worldwide gross of $172 million.

Robert Downey Jr.'s "Dolittle," a re-telling of the classic tale about a veterinarian who can speak to animals, bombed this weekend with a gruesome $6.3 million in gross sales on Friday. The film is only expected to make $31 million for its opening weekend.

Golden Globe best picture winner "1917" dropped to No. 3 this weekend after debuting at No. 1 last weekend. The epic World War I film directed and co-written by Sam Mendes is expected to make $26.6 million in total sales this weekend.