Bad For You – Taco Bell’s Naked and Dressed Egg Tacos

By Bryan Bierman
PhillyVoice Contributor
Bad For You Taco Bell 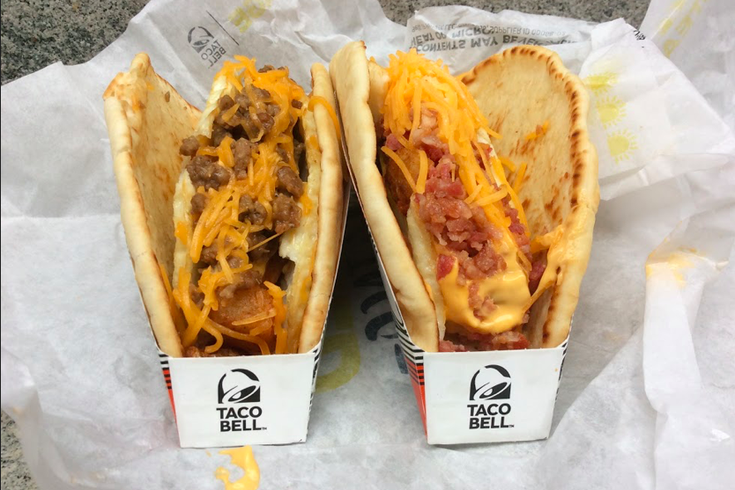 I told myself I wouldn’t do this again.

As explained in several other Taco Bell Bad For You columns, the chain keeps coming up with zany new limited time foods that I am constantly tempted to try. This is actually Taco Bell’s fourth Bad For You entry after saying the third would be the last for a while.

First, there was the Triple Double Crunchwrap, which was excellent. Then the very interesting, though not very tasty Naked Chicken Chalupa. Lastly, their Double Chalupa, which was very underwhelming.

Unfortunately, my first attempt did not go as planned. I visited my local Taco Bell/KFC combo and was saddened to learn that they were closed for breakfast. Since KFC does not serve breakfast (yet), the Taco Bell half was closed too. It turns out, I woke up early and put on pants for nothing. The next morning, I went to an all-Taco Bell location to got these suckers. 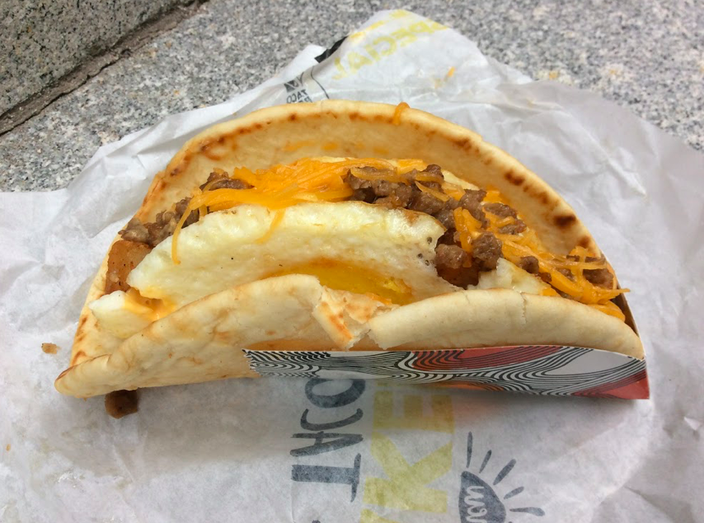 Taco Bell has long-specialized in terrible food that’s actually great. You know this stuff isn’t good for you, nor does much of it even look at all appetizing, but you also know that doesn’t change the fact that much of it is pretty delicious. Even those who won’t admit that to themselves would think of it as they closed their eyes to sleep at night.

The Naked Egg Taco is not one of those things. In fact, it’s actually kind of gross.

Filled with fried potatoes, nacho cheese sauce, more cheese, your choice of bacon or sausage, then folded with a greasy egg, the Naked Egg Taco is a very salty, uneven and ultimately failed experiment. The potatoes made me think of the chain’s classic Cheesy Fiesta Potatoes, except it never came close to their level. There was no sour cream, for one. The nacho cheese sauce does not balance out the oily egg and it’s meat counterparts very well. Altogether, it was rather bland until something tasted off, whether it was the greasy bacon pieces or that weird, floppy egg. The sausage crumbles were pretty standardly fine. 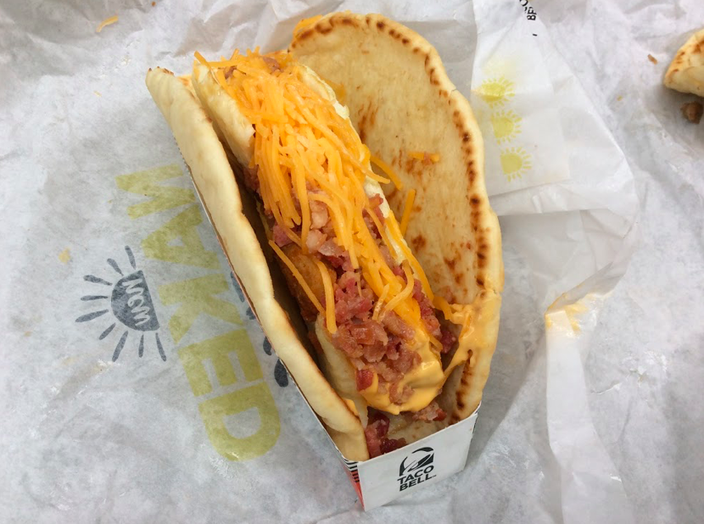 The Dressed Egg Taco version comes with the Gordita Flatbread to add another covering to the egg. This one added another problem with its too dry bread. It reminded me of a not-as-good Subway flatbread breakfast sandwich, only way less greasy.

The restaurant chain’s past few attempts at new products have been average-to-bad in quality. In their rush to come up with a new hit food, they may be slowly driving away their loyal customers with these shoddy products in the long term. Maybe Taco Bell needs to go back to catering to people who are drunk or high at 2 a.m. That might have been behind their whole marketing campaign: “We’re cheap, we’re open late and we don’t care if you’re pulling up the drive-thru wasted.”

It’s also peculiar that the Dressed Egg Taco costs the same as the Naked Egg Taco, while the latter is only available for a limited time. It’s the exact same item except there’s not a Gordita Flatbread. It seems to me that the “limited time” event of selling something at the same price, but with one less ingredient, will make a comeback pretty soon.

Really, they’re making out like bandits. This wasn’t a new item they made specifically as its own thing. This is the same item, minus one ingredient (therefore making it cheaper for them to produce) charged the exact same price and fooled everyone into thinking it’s two items but you can only get one for a limited time. And it worked! It’s such brilliant marketing that now I’m here talking to you about it. Though I guess they probably don’t want me telling you it sucked.

Verdict: The Naked Egg Taco is a miss with it’s Dressed sibling only faring slightly better. Part of the inherent problem might be that even I have no interest in eating Taco Bell for breakfast and I eat junk food for a living.