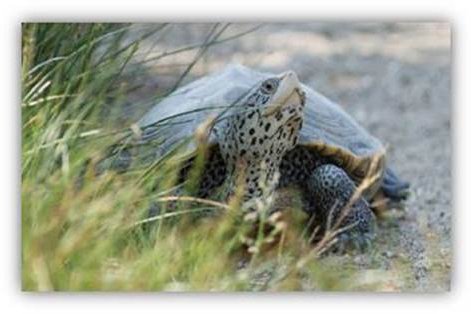 If you’ve ever driven across a salt marsh causeway leading to a New Jersey beach, chances are you’ve seen a Northern diamondback terrapin.

And chances are the marsh turtle you saw was a squished blot on the pavement since these reptiles not very good at dodging vehicles while crossing highways in search of habitat for eating, mating and laying eggs.

Terrapins also end up in Asian food markets, especially overseas, where they are generally sold live and prepared as a delicacy.

New Jersey is now proposing banning all harvesting of the terrapins.

The proposal, which is open to public comment and a public hearing, follows two partial season closures ordered after the discovery of massive harvesting of terrapins to meet market demands.

In 2013, one harvester took more than 3,500 terrapins from two locations in southern New Jersey by illegally using a commercial crabbing dredge, and then sold them to an aquaculture facility in Maryland.

A joint investigation by the Department of Environmental Protection's Division of Fish and Wildlife and the U.S. Fish and Wildlife Service determined the facility used the terrapins taken from New Jersey to raise 14,000 of the turtles for sale to overseas markets.

“That incident was really a wake-up call, making us realize just how vulnerable this species had become,” said New Jersey Division of Fish and Wildlife Director David Chanda.

New Jersey had allowed hand-harvesting of the terrapins from November 1 through March 31 with no harvest limit, but the proposed ban will indefinitely eliminate all harvesting.

Daniel Hernandez, a biology professor at The Richard Stockton University of New Jersey, said it was a “bad precedent” to allow the harvesting of terrapins, a “keystone” to the health of salt marshes.

He said they are essential to keeping tiny marsh snails that eat away the salt marsh grass known as Spartina in check. In areas where there are too few terrapins, the snails can strip away the vegetation that literally binds the marsh together.

Hernandez noted that cars, coastal development and sea-level rise had already placed lots of pressure on the species.

He also said the species is of special concern because terrapins are slow-maturing, with very few making it to sexual maturity.

“When they are small, they are like potato chips” to other predators, he said.

“Banning all harvesting is the right thing to do to ensure future generations can continue to enjoy seeing diamondback terrapins in the wild,” said New Jersey DEP Commissioner Bob Martin.

Larry Hajna, a spokesman for the DEP, said harvest bans in other states – the Northern diamondback terrapin ranges from the Carolinas to Massachusetts – had concentrated interest in harvesting the critter in New Jersey. 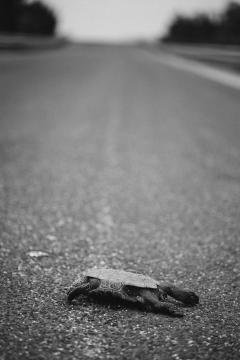 “We should not be harvesting diamondback terrapins because these creatures are at risk. Diamondback terrapins have recently decreased their range throughout the East Coast and have been classified as endangered in Rhode Island and threatened in Massachusetts.

“These species are like a canary in a coal mine showing that our coastal ecosystem is threatened,” Tittel said.

New Jersey classifies the terrapins as a “special concern” species because of their declining numbers and environmental pressures.

A public hearing on the proposed ban is set for 6 p.m. on June 13 at the Stafford Township Municipal Building, 260 E. Bay Ave., Manahawkin.