By Reuters
Tourism Millennials
from 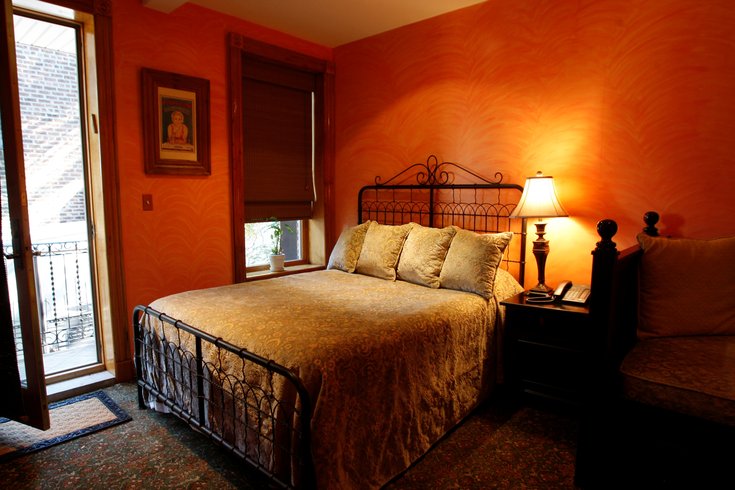 The Sophie Tucker room is one of 22 rooms in the Blue Moon Hotel, on Orchard Street in New York, Tuesday, Oct. 7, 2008. The boutique hotel is located in an 1879 building that has been painstakingly restored.

Driven by the demands of a new plugged-in generation seeking "authentic" travel experiences with a local feel, the world's biggest hoteliers are moving into a new sector in Europe - the "lifestyle" boutique hotel.

After many years focused on baby boomers and business travelers, brands such as Marriott, Hilton, Starwood and InterContinental Hotels Group are paying more attention to the so-called millennials, expected to be the biggest group of hotel customers by 2020 according to industry executives.

Hotels that want to attract this generation must avoid the cookie-cutter, one-size-fits-all approach. Citizen M, an affordable luxury operator with seven hotels in the Netherlands, Britain and New York, for example, positions itself as an anti-chain chain with a tinge of rebellion.

The challenge for the mega-chains will be to maintain the required chic of being unique as they grow to meet demand across their markets globally, industry players say.

"Absolutely no trouser presses, bellboys, or stupid pillow chocolates," it proclaims on its website.

Usually defined as people who reached adulthood around 2000, millennials use online travel sites that aggregate thousands of hotels and make choices based on peer reviews, according to leisure-and-hospitality industry advisors Grant Thornton.

They want to feel like locals in a bar or lobby where they can hang out with people from the neighborhood, plug in and work over a coffee, or tuck in to locally sourced food.

"Twenty years ago, you'd go to a hotel and sit in the bar and it would be boring because you'd only see other travelers. With these hotels, you get a mix of locals and travelers," Liran Wizman, a developer who also owns his own portfolio of independent hotels, told Reuters.

While the multi-storied corporate-focused hotel chains will remain a core cash maker for big players, creating a tailored brand that takes sales from this different pie is growing in importance.

InterContinental Hotels Group (IHG), which has a $1.8 billion turnover, says boutique hotels make up around 7 percent of some 1,200 hotels in its global pipeline, for example.

With their massive resources, the big players are likely to steadily steal market share from independents in Europe's top five hotel markets - Italy, Germany, Spain, France, and Britain - between now and 2018.

COMMUNITY FEEL
The millennials' demand for an individualized experience is already well served by the "community feel" of Web-based site Airbnb and independent chains such as Citizen M, Grant Thornton said in a report.

"Some might want a German-style continental breakfast, others a U.S.-style grab and go. They want to choose their room, have more of their favorite drink in the mini bar."

With premium rates and often lower costs, the returns can be impressive.

At IHG's Indigo, an upscale boutique chain built to connect with and reflect local surroundings and culture, revenue per available room (RevPAR), a key industry measure, was $122.73 last year versus $75.72 for its Holiday Inn Express arm in Europe.

“The lifestyle space is the fastest growing area within hospitality, globally and in Europe, so I am very excited about it," IHG's Europe CEO Angela Brav told Reuters, predicting that  Indigo will eventually cover most of the world.

IHG's $430 million acquisition of U.S. operator Kimpton Hotels last year made it the market leader in the boutique space when combined with Indigo and another boutique brand, EVEN.

Stripping out furniture such as desks and wardrobes and replacing them with hooks, wall-mounted TVs and iPads, while leaving out conference rooms, mean boutique developments can often be simpler and cheaper to build and operate.

U.S.-based Best Western said at its Vib boutique hotel concept, which it aims to expand to Europe, the construction cost per room is around $60,000 in the United States, half the typical cost for a regular mid-scale room.

"I know the rooms are smaller but the average rate won't be taking that big a discount from a regular room, so that's why the return on investment is superior," CEO David Kong said at last month's IHIF conference of hoteliers in Berlin.

COOL BUILDINGS
One important factor in the "look and feel" of lifestyle hotels is the building itself, with developers and hotel groups looking to convert properties with character, like former homes or banks.

Kong said Best Western looked at rival lifestyle hotels before launching last year and determined that the most successful ones had lobbies where guests could relax, be sociable, play or work, shaping its decision to design a fluid lobby space with a bar, cafe and check-in kiosks as opposed to a big front desk.

With big profits on the horizon, the pace of expansion is quickening.

Marriott plans to build 150 of its budget lifestyle Moxy hotels in Europe by 2020, while France's Accor said it could add to its boutique offering, which includes Ibis Styles, M Gallery and Mama Shelter.

Hilton told Reuters it sees space for its neighborhood styled Canopy hotels in 20 cities in Germany alone, and hotel group GLH, part of Singapore-based GuocoLeisure Group, is launching its "every hotel" brand in London this month.

But the big groups have to be careful not to overdo it, industry players say.

"In my mind if you get to ten hotels, it's no longer boutique. It's becoming a commoditized product," said international law firm BLP's Nick Skea-Strachan, an advisor to some of the world's top hoteliers.