From the boardroom to the pulpit: women of power 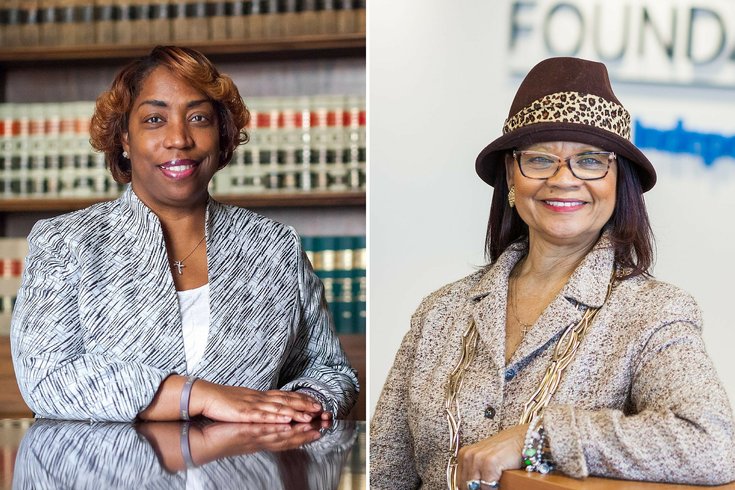 In this two-part series, PhillyVoice explores the journey of two women holding leadership positions at major companies and within their churches as women of the pulpit.

The glass ceiling isn’t limited to corporate America; in fact, the first time I came to understand its power was in church. When my mother answered her calling to become a minister at our then-Baptist church, she hit the stained glass ceiling … hard. Thankfully, given her experience in corporate America, she was no stranger to the concept, so this didn’t stop her.

The truth is women have and continue to deliver blows to the glass ceiling, stained or not while standing firmly on the shoulders of those who have the audacity to believe there’s room (and opportunity) for all of us beyond it. And it’s in the stories of those women who hit the ceiling simultaneously from both sides that we find some of the most interesting of journeys.

According to a PIIE study, an increase from no female representation in leadership to 30 percent, yielded a 15 percent increase in net revenue for corporate boards.

Consider Monique Pressley, the lawyer of Bill Cosby, who has taken the court of law and public opinion by storm. Your opinions about him aside, imagine a month in her world as both a lawyer and an ordained minister.

If you ask two influential women in Philadelphia, those realms are not mutually exclusive.

Reverend Doctor Lorina Marshall-Blake is the President of Independence Blue Cross Foundation, a $65 million entity, and an associate minister at Vine Memorial Baptist Church. The West Philadelphia native was born prematurely into poverty, taught Sunday School by age 14, and went on to graduate from an Ivy League school.

Michele Lawrence is the Area President of Philadelphia Community Bank for Wells Fargo, a multi-billion-dollar business with 500 employees, and Minister under Pastor Kevin R. Johnson at Dare to Imagine Church. Ever ahead of the game, the Newark, New Jersey native was walking by 9 months, talking in full sentences by 15 months, and managing women old enough to be her mother by 23 years-old. 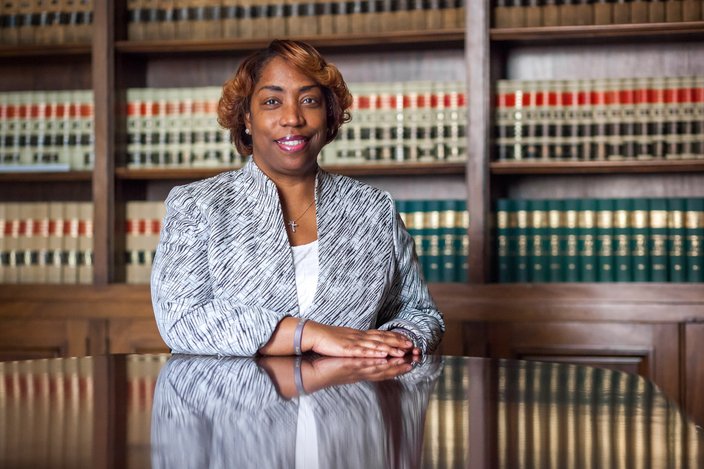 Michele Lawrence, Area President of Philadelphia Community Bank for Wells Fargo in the library of the Wells Fargo building at 123 South Broad Street.

A recent study by the Washington-based Peterson Institute for International Economics revealed that having women serve on corporate boards makes a significant difference when it comes to company performance. In fact, an increase from no female representation in leadership to 30 percent, yielded a 15 percent increase in net revenue. Despite this, the latest statistics, like that of a 2014 report by Deloitte, show that only 12.2 percent of board seats in the US are filled by women.

And here we have two women currently serving in the boardrooms of male-dominated industries (healthcare and banking), and from the pulpit under the tutelage of male senior pastors.

The childhoods of both Marshall-Blake and Lawrence revealed hints of the power within, at the core of which was their yearning to learn as much as possible.

“I wanted to learn, do it and move forward; I didn’t want you teaching me two and three times how to get it accomplished, just show me,” said Lawrence. “I’ll ask you some questions and then just get out the way.”

Though Marshall-Blake believes that we should all be life-long learners, because “you never know everything,” the woman who often played school as a little girl identifies as the consummate teacher, as does Lawrence.

Their willingness and eagerness to first be a student, however, was what enabled them to soak up great wisdom early on. By their early 20s both women were in leadership positions in corporate America and they carried the torch of excellence into their 30s, Lorina with Philadelphia Gas Works and Michelle with New Jersey National Bank.

That torch was passed down from their elders.

“The village was loving, corrected you, looked out for you … and celebrated you,” said Marshall-Blake of her community growing up, “so when you did well, the village did well; I think to some degree that’s what’s missing today.”

Marshall-Blake’s parents taught their children that leadership “wasn’t something to be afraid of,” and Lawrence’s mother didn’t believe a woman should depend solely on a man.

“She was very deliberate about instilling in me independence, self-sufficiency, and owning your talent,” said Lawrence. “She’s who I know when it comes down to making sure that you have all that you need to excel in any role.” 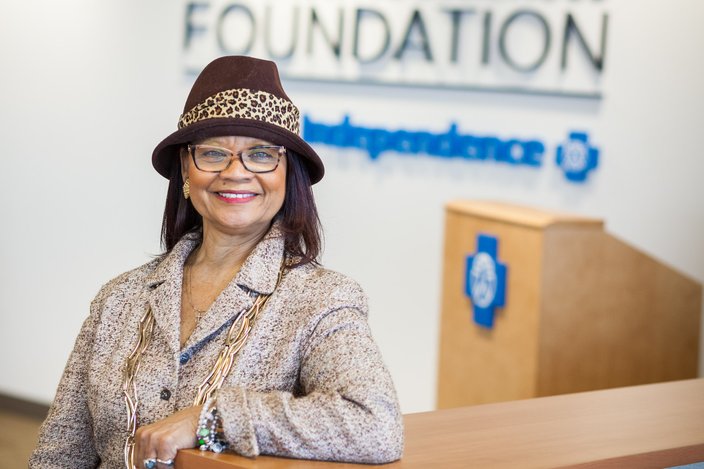 As their journeys led them into powerful positions, guided by the light of the village who empowered them (personally, spiritually, and professionally), their sense of responsibility and styles of leadership were deeply molded.

“Whether it’s about finances or what God has called me to say in a message, I’ve been able to leverage everything from Jack Welch, to Steven Covey, to the bible.” - Michele Lawrence

“I began to take very seriously that if I’m going to lead, then I’m responsible for their development and not their demise, said Lawrence. “I run a multi-billion-dollar business with 500 employees; I lead from a place of spirituality, and that spirituality is not in conflict with business, but it is a way to do business.”

Marshall-Blake, who too asserts that her responsibility as a leader is rooted in her spirituality, underwent the greatest development in her leadership style while at PGW.

It’s these traits that have made them great leaders and board members. But they’re not oblivious to those daunting statistics and the grim reality of women in leadership.

“Women are vocal both in the church and corporate,” said Marshall-Blake. “In corporate America, when you look at equity and pay equity, we’re still not where we should be.”

“I have a vested interest in women being successful professionally, personally and spiritually; you can be who you are in both places,” adds Lawrence. “Whether it’s about finances or what God has called me to say in a message, I’ve been able to leverage everything from Jack Welch, to Steven Covey, to the bible.”

Ultimately, they both urge women in the boardroom and those who aspire to enter it, to stay true to who you are. And for those who are in positions of leadership in their professional and spiritual lives, Lawrence offers a word of advice:

“Be mindful that you’re not here to convert people in the boardroom; your work and your light will do the conversion,” she says. “God gets the increase [and] as long as you’re not trying to get the increase, it will work out.”

Stay tuned for part two of "From the boardroom to the pulpit" where we’ll explore Lawrence and Marshall-Blake's experience as women in the pulpit.