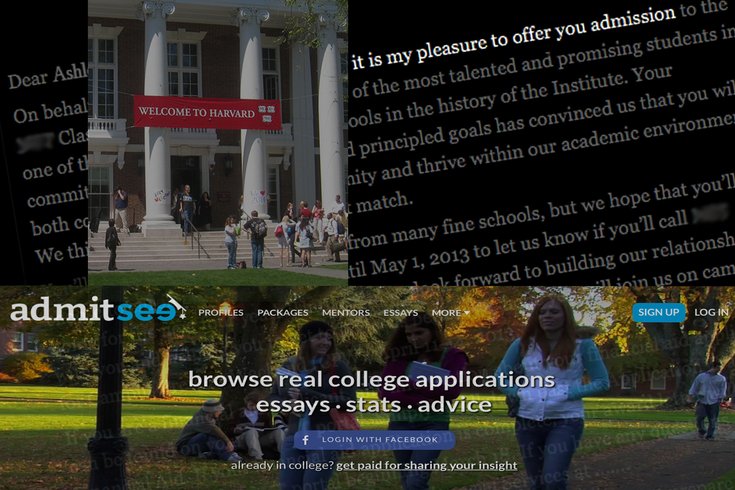 When it came time to apply to colleges, Stephanie Shyu discovered there wasn't exactly a fount of reliable information available to high school students to help them through the process.

But it wasn't until she was at University of Pennsylvania Law School years later, that she and a classmate, Lydia Fayal, saw an entrepreneurial opportunity in that void.

“We felt, when we were applying to college, that there weren’t trustworthy resources to turn to,” said Shyu, 26.

And so the seed was planted in 2013 for a start-up that would take the cover off the university admissions process.

“There are tons of peer-to-peer trends out there, and it seemed almost unbelievable that LinkedIn would exist but something like AdmitSee wouldn’t…that people would share resumes but not application information.” – Stephanie Shyu, AdmitSee co-founder

AdmitSee, a platform that enables prospective college students to access profiles and application materials of students at schools of their interest, including resumes, personal statements and essays. Not only do the applicants get a personalized admissions counselor online, but current students whose profile packages are purchased can earn some money.

Ambitious college applicants, or their parents, might otherwise pay a private admissions consultant anywhere from $1,000 to tens of thousands of dollars, depending on the service.

Both Shyu and Fayal worked previously as admissions consultants and tutors, which gave them much to commiserate about.

“[Lydia] and I bonded over the frustrating and fragmented market that is college admissions, and she started talking about creating this depository of public, viewable college applications,” Shyu said from New York, where AdmitSee is based. “I really saw the potential.”

Shyu especially noticed the tremendous growth in international students at American universities – with a nearly 75 percent increase since the turn of the millennium – and the struggles they shared with low-income students in an “antiquated” admissions system. With these thoughts in mind, Shyu and Fayal began AdmitSee with start-up funding from accelerators Imagine K12 and founder.org in 2014; the two have been working full-time with the company since graduating that year.

AdmitSee's model (see video below) is a surprisingly simple one: current university students submit their application information to AdmitSee, where it’s verified and uploaded to a free-to-browse profile (like LinkedIn, but without identifying students by name.) Applicants can download student profile packages for $40, and AdmitSee splits the fee 50/50 with the providing students. The company also has a chat service and a blog, where current college students talk about their experiences in more interpersonal settings. All of this is done in an effort to provide transparency to the process, which Shyu thinks is augmented by AdmitSee’s social sharing model. 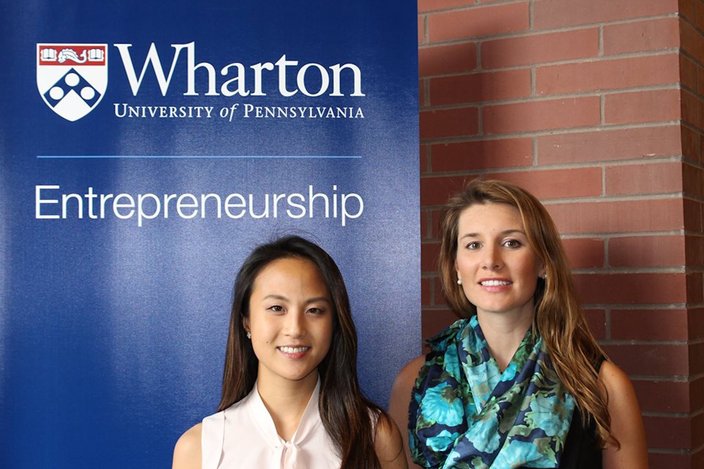 Stephanie Shyu and Lydia Fayal are co-founders of AdmitSee, a social media platform that aims to help students during the college application process. (AdmitSee via Facebook)

“There are tons of peer-to-peer trends out there, and it seemed almost unbelievable that LinkedIn would exist but something like AdmitSee wouldn’t…that people would share resumes but not application information,” Shyu said. “And students who’re applying now have had social media for most of their lives, so we wanted to bring that to admissions.”

Consciously or not, AdmitSee finds itself at the center of important questions about where exactly university admissions is headed.

Although the company is too new to have much quantitative data to show their model is successful, it hasn't stopped many young applicants from wanting to gain any advantage they can.

Andy Nguyen, a junior at William Penn Charter School, is one example of the sort of student that AdmitSee's services benefit. A high-achieving student among many at Philadelphia's best high schools, Andy found out about the company on a forum on Reddit's high school subreddit last spring and bought a package of current Penn students' materials. Despite his high academic performance and extracurricular involvement, Andy knows he'll need a stellar application essay to separate himself from the pack.

“The essay tells far more about a student than their grades. It’s a great way to show their communication skills, and you need those to get in,” Nguyen said. “I considered private college counseling, but it was extraordinarily expensive,”

If AdmitSee’s popularity with students is evident – Shyu reports about 100,000 monthly visitors – its reception in the admissions community has been slightly less so. One of their most prominent supporters, Parke Muth, is a widely-respected consultant and pre-eminent voice on admissions who writes on Quora and his own blog. Entering counseling after a long-time post as associate dean of admissions at the University of Virginia, he came across AdmitSee through some admissions consulting work in China.

Muth spoke about private Facebook pages shared by college admissions counselors, where they have discussed anxiety about potential for misdirected outcomes.

“At least once a week – and it’s not just AdmitSee – there’s a discussion on whether or not you should give high school students essays from admitted college students. There’s lots of reasons – plagiarism, maybe scaring students if they’re phenomenally good – that people think it’s a bad idea,” Muth explained. “People also say that you should develop your own voice in these essays.”

Muth’s response to these critics – that students can develop their voice through learning the variety of conventions that work in admissions essays – echoes Shyu’s own view. Shyu further adds that plagiarism detection software has been helpful to universities, and that AdmitSee has quelled much opposition by opening its databases to admissions officers.

(Nobody from these groups with negative opinions about the AdmitSee process responded to a call for interviews.).

But even as this growing company finds itself further in the center of a debate that won’t go away for some time, Shyu acknowledges that they haven’t fixed admissions yet.

“I think there’s so much to be learned about admissions, from a data standpoint," she said. "There really is no magic formula to getting accepted.”