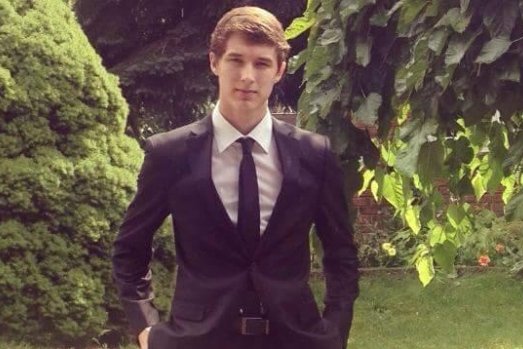 18-year-old Jeremy Cook of Ontario was gunned down after using a mobile-tracking app to find his iPhone.

A Canadian teenager was shot to death after tracing his lost iPhone using a mobile tracking app, CBC News reports.

After tracking it down to an address, Cook was confronted by three men in a car. Police say Cook tried to retrieve his phone from the men, but they began driving away.

Cook tried to grab the driver's door, then multiple shots were fired, fatally wounding the teen.

London Police said details of the incident are still being put together, but warned the public to use caution when utilizing mobile tracking apps. From CBC News:

"The app itself is a great tool to have. Nobody could ever predict that what occurred was going to occur in that case. But if you suspect there's any potential for violence at all, we certainly encourage people to contact police. We'd be more than happy to come out and investigate with the hopes of retrieving the phone."

A mixed-martial arts group in London which Jeremy was a part of expressed its condolences, holding a memorial service Tuesday and releasing a statement on Facebook:

Jeremy was a bright young fella with a fantastic future ahead of him. He studied carpentry and was training to be a cabinet maker. He enjoyed training and was always full of life. We will miss him at the club.

Police are still looking for the suspected murderers. Their descriptions along with more on the story can be viewed at CBC News here.