A celebration of life, love and baseball in honor of Charlie Landers 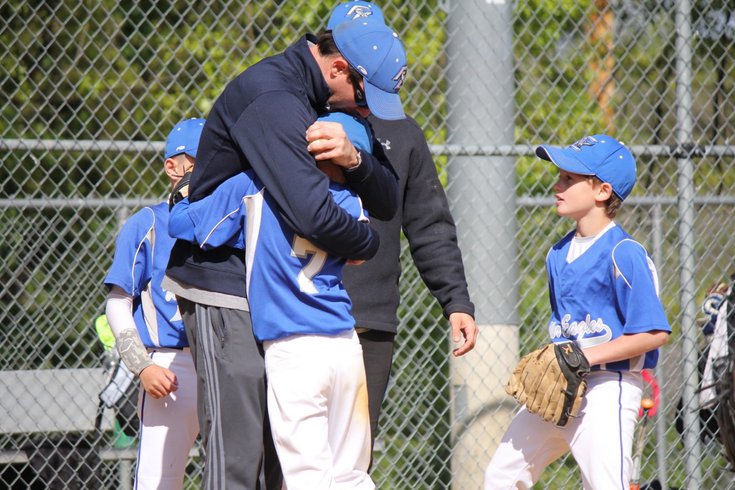 Charlie Landers on the place he loved the most: the baseball diamond.

Sports can be the great equalizer. It can unite people, unite communities and bring healing. That will certainly be true in Franklin Lakes, NJ on Sunday, May 22. It will be a celebration of life, love and baseball for Charlie Landers, a 15-year-old from Northern New Jersey who had battled with Ewing's sarcoma since 2019 before passing away in March. There will be a baseball field dedication to Charlie at Pulis Avenue Field in Franklin Lanes, the diamond Charlie played on as a pitcher and where he felt most himself.

Ewing's sarcoma is a rare form of cancer that occurs in or around the bones of the body. While it has come into the public spotlight in recent memory given the high-profile diagnoses of Flyers forward Oskar Lindblom and former New York Giants linebacker Mark Herzlich, it's only diagnosed in about 350 children per year. It's a one-in-a-million diagnosis.

Charlie went through 17 rounds of chemotherapy, 30 doses of proton radiation therapy, and 10 doses of lung radiation in the aftermath of his diagnosis, but it was baseball and his love for the game that kept him going through it all. He was a fighter. Any child who can endure all of that undoubtedly is.

"That's where he felt his strongest during his treatment," said Lisa Landers, Charlie's mother, talking about him returning to the baseball diamond and pitching. "Charlie was always surrounding himself with people with a fighter mentality."

"All grit, no quit" became a mantra for Charlie. While battling Ewing's sarcoma in his own right, he wanted to improve the lives of other children with the same disease as him. His family has been creating kits to send to others going through treatments at hospitals. The kits include Hydro Flask water bottles, Amazon gift cards, stress balls, journals, cosy blankets, and more. They've sent about 20. That kindness defined Charlie. Despite fighting his own battle, he wanted to ease that burden on others. "All grit, no quit" is right.

Along with his patient kits, Charlie's hope was to create a foundation to raise awareness, provide support to pediatric and youth adult patients diagnosed and find research which ultimately creates a lasting cure for Ewing's sarcoma. The hope is to fund young investigator research that leads to impact and high potential for a cure.

It's a daunting battle for children who are diagnosed with Ewing's sarcoma. There is no standard treatment plan for when or if the disease returns, as it did for Charlie, who went into remission for four months only for it to return. Options become increasingly narrow and the odds of beating it become weaker. That's what so upsetting for Lisa and the families of these patients. Few advancements have been made. "That's the crux of this. This shouldn't happen. Why can't they figure this out?" Lisa said. "It's a race against the clock as options run out."

The last drug created to combat Ewing's sarcoma came about three decades ago according to Lisa. The lack of research and investigation to improve the fight against the disease can feel disheartening. Lisa sums it up well, "We want these kids to be able to throw the perfect game," in their attempt to recover from Ewing's sarcoma.

During his treatment Charlie composed a poem depicting his love of baseball, his escape, so earnest and pure:

A Moment on the Mound

Warming up on the mount the ball I toss

The spirit of the game makes me alive

Dreaming of what makes me feel like a boss

Competing as a group with grace and drive

The hill stares up as I receive a sign

I give my teammate, the catcher, a nod

Raising my leg, the dune falls in decline

The nervous baseball in my hand, a wad

Slowly my arm releases from the glove

Gripping the smooth cowhide with every stitch

Extending back, moving my arm above

Like Gerrit Cole, I will throw a great pitch

With mind and body on the highest mount

The calling catcher's glove will soon be found.

For more information on Ewing's sarcoma and ways to help Charlie strike it out forever, you can visit The Charlie Landers Foundation website.