The substance was identified as the fuel additive Lubrizol. Officials said it poses no threat to the public, but the odor may linger 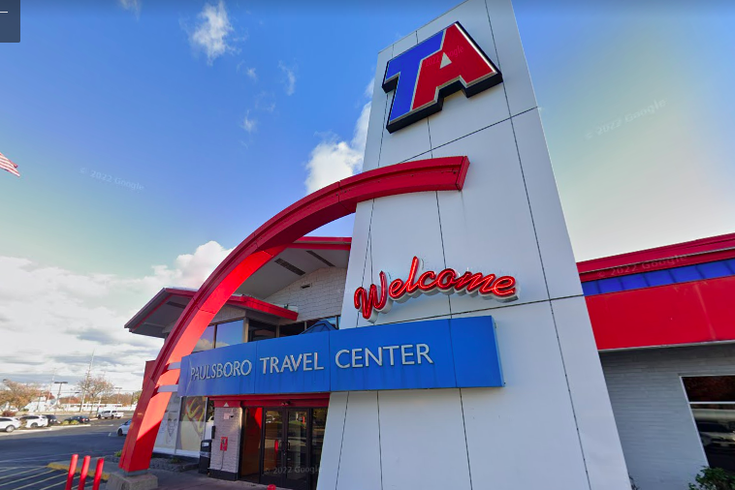 A chemical leak at a truck stop in Paulsboro, Gloucester County is the source of an acrid, gas-like odor that prompted hundreds of complaints from people in South Jersey on Wednesday.

A chemical emanating from a tanker at a truck stop in Paulsboro is the source of an acrid, gas-like odor that could still be smelled in much of South Jersey on Thursday morning.

Beginning at 3 p.m. Wednesday, hundreds of residents in Gloucester and Camden counties called 911 to report the scent, emergency officials said. Complaints came from as far as Buena Vista Township, Atlantic County, 6ABC reported. The odor also could be smelled in South Philadelphia.

Emergency officials determined the odor was coming from a truck's rear tanker at the TA Travel Center on the 100 block of Berkley Road. Hazmat teams tested the air quality at the truck stop and in other neighborhoods. They determined the odor posed no threat to the public, NBC10 reported.

There was a brief shelter in place order in parts of Gloucester County starting around 11:30 p.m. Wednesday, but it was lifted by 1:30 a.m. Thursday.

The gas was identified as a fuel additive called Lubrizol, or zinc alkyl dithiophosphate, by the Gloucester County Office of Emergency Management. Lubrizol is known to cause skin irritation and eye damage, according to a safety data sheet from its manufacturer, but it's not known if the chemical is harmful when inhaled.

Investigators initially believed the scent was caused by a gas leak from a truck, but they determined it was emanating from a rear tanker carrying 7,000 gallons of the chemical.

Officials said the tanker is performing properly, noting it's supposed to expel the chemical in high heat. Temperatures made it into the 90s in South Jersey on Wednesday.

Hazmat crews will continue to monitor the tanker as it releases the chemical, officials said. Once it is stable, the chemical will be transported. The odor may linger for some time after that.

Investigators were still working to determine who owns the truck.

The Gloucester County Office of Emergency Management will be operating a call center for residents with questions or concerns from 8 a.m. to 4 p.m. Thursday. The number is (856) 384-6800.