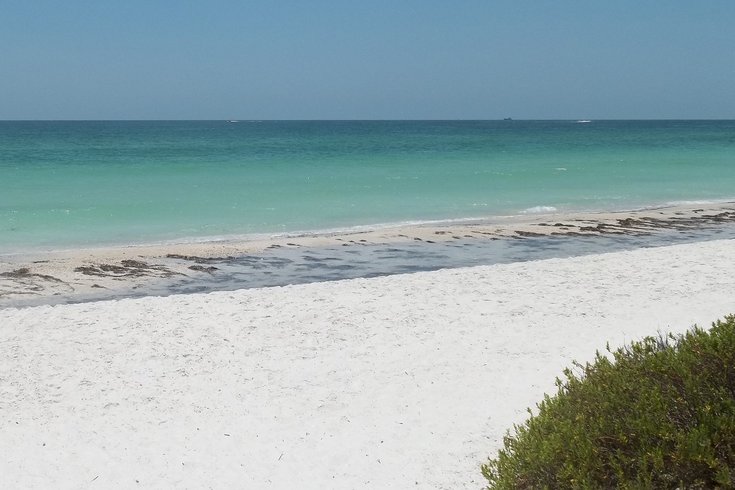 Bradenton Beach, on the western coast of Florida.

ORLANDO, Fla. - A Florida man and woman convicted of having sex on a public beach in the presence of a child are facing up to 15 years in prison and having to register as sex offenders, their lawyer said on Tuesday.

Elissa Alvarez, 20, and Jose Caballero, 40, were arrested on Bradenton Beach in western Florida in July after other beachgoers, among them the mother of a 4-year-old who saw the activity, called police to complain.

A video taken by one of the witnesses, which shows Alvarez, a dental office assistant, moving suggestively atop Caballero, a personal trainer, was posted on YouTube and was widely viewed online.

"They're devastated, absolutely devastated," said Ronald Kurpiers, the pair's attorney. "I don't think that what they did was meant for them to be called a sex offender."

A jury on Monday found the pair guilty of lewd or lascivious exhibition in front of a child, a second-degree felony, after deliberating for 15 minutes.

Prior to trial, the defendants rejected plea deals that would have limited Caballero's penalty to 2.5 years in prison and Alvarez's punishment to 90 days in jail, Kurpiers said, adding that his clients deny they had intercourse on the beach.

The deal would also have spared the pair from registering as sex offenders.

After the verdict was handed down, prosecutors said they would push for a harsher sentence for Caballero than for Alvarez, because he has a previous felony conviction for drug trafficking, the Bradenton Herald newspaper reported.

Prosecutors did not immediately respond to messages seeking comment.

Registered sex offenders are restricted from living in some areas and must follow rules about visiting schools, parks and places where children gather. Their names, photographs and addresses are searchable on a sex offender public registry, often for life.

David Weinstein, a Miami-based criminal defense lawyer, said the prosecutors appears to have been highly aggressive in the case and that the jury's swift deliberation suggests it may not have properly studied the evidence, which could be grounds for an appeal.

"Talk about killing an ant with a sledgehammer," he said.