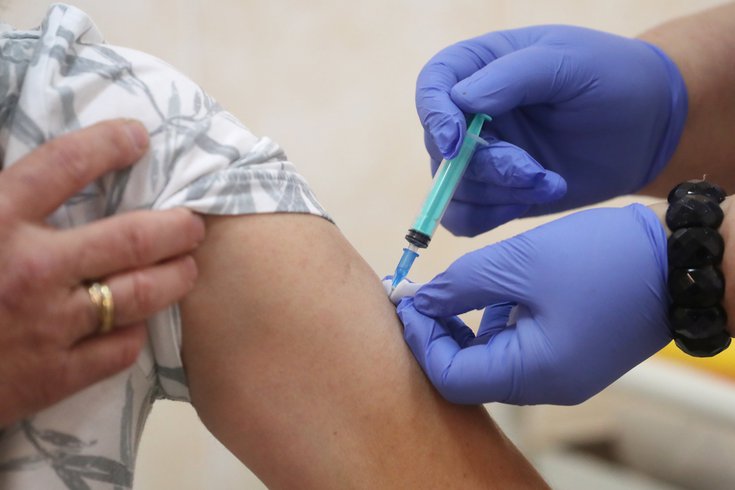 Though the Pfizer and Moderna shots generate a muted antibody response in people with multiple sclerosis, they spur a T-cell response that is strong enough to prevent severe COVID-19, Penn researchers found.

People undergoing treatment for multiple sclerosis generate a strong T-cell response to the COVID-19 vaccines produced by Pfizer and Moderna despite having a muted antibody response, University of Pennsylvania researchers say.

T cells are the immune system's second layer of defense against foreign pathogens. They destroy infected cells, preventing the spread of the infection to other cells. This means that despite a diminished antibody response to the vaccines, people with MS are still protected against severe COVID-19, the researchers said.

MS patients often are treated with aCD20 drugs, such as rituximab and ocrelizumab, that target B cells, which are responsible for antibody production. This reduces the likelihood of MS attacks. But it also prevents COVID-19 vaccines from triggering a strong antibody response against the coronavirus. Other studies have also observed the same muted response.

There have been concerns about the efficacy of COVID-19 vaccines among immunocompromised peoplesince clinical trials began last year. The immunocompromised are one of the most vulnerable groups to severe complications from COVID-19, but even with the extra stimulation from the vaccines, their immune systems still have trouble generating adequate levels of antibodies to fight the virus.

But Penn researchers say that solely focusing on antibody response is not the best way to measure the effectiveness of the vaccines. Their study examined the efficacy of the two COVID-19 shots that utilize mRNA technology to generate an immune response. Johnson & Johnson's vaccine, which uses a different approach, was not included.

"Often when determining if a patient mounted a proper response to an mRNA vaccine, we test for the presence of antibodies, but this method neglects an entire arm of a person's immune response," said Sokratis A. Apostolidis, a fellow in Penn's rheumatology department.

"Measuring both antibodies and T-cell response gives us a more complete picture of a patient's immune response, and reveals that patients who can't generate antibodies as well as a healthy person are actually still protected by the COVID-19 vaccine."

The Penn researchers measured the antibody and T cell responses in 20 people with MS who were undergoing aCD20 treatment and compared them to a control group of healthy volunteers. They analyzed plasma and peripheral blood mononuclear cells samples at five points that ranged from prior to the first vaccine dose and 25-30 days after the second.

And among those who did generate an antibody response, it was generally weaker and more delayed compared to the responses in the control group.

The timing of the MS participants' last aCD20 infusions, usually given every six months, seemed to influence their responses to the vaccine. Those with a higher percentage of circulating B cells prior to be being vaccinated had a stronger antibody response to the vaccine.

This particular finding will help guide doctors in advising MS and other immunocompromised patients on the best time to get the COVID-19 vaccine, researchers said.

They also acknowledged that vaccinated patients with MS might carry the coronavirus for a longer period of time due to their limited antibody response.

The study was published in Nature Medicine.