D.A.: Enough Fentanyl seized to threaten half of Montgomery County 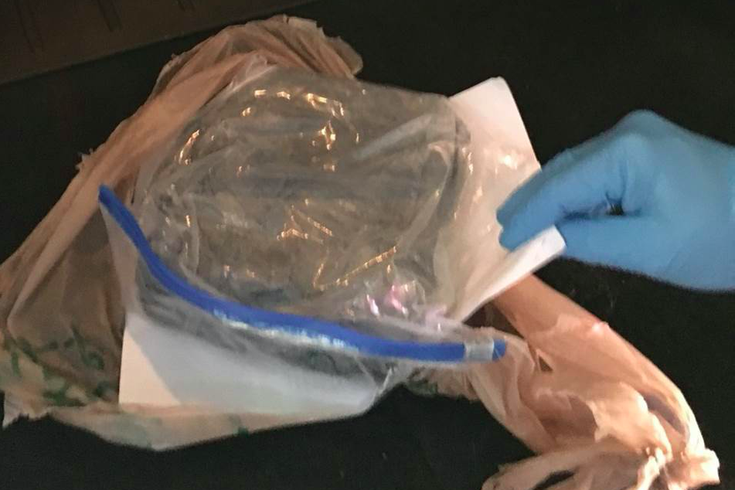 Fentanyl seized in Montgomery County as part of multi-agency investigation.

Authorities in Montgomery County announced three arrests Tuesday in a drug bust that netted enough fentanyl to prove fatal to almost half of the county's population, the District Attorney's Office said in an afternoon press briefing.

A joint investigation involving seven local, state and federal agencies resulted in the seizure of approximately a kilogram of fentanyl, the lethally potent synthetic opioid responsible for a dramatic spike in overdose deaths during the past year.

"Fentanyl is deadly in very, very small quantities," District Attorney Kevin Steele said. "Minute amounts of the drug can prove fatal. Given that two to three milligrams — five or six grains of fentanyl — can be fatal, this one kilo contained anywhere between 333,000 and 500,000 fatal doses."

Officials said the arrests came after an investigation beginning with a controlled drug buy on July 11. Police allegedly had planned to purchase a 14.8-gram "sample" of heroin from Mota Soto for $1,000, with plans to return for a full kilo. The substance later tested as fentanyl, with no heroin present.

About two weeks later, investigators allegedly arranged to buy a $64,000 kilo of fentanyl from Mota Soto at a shopping center in Cheltenham, prosecutors said. Subsequent investigation allegedly identified Taveras Payano as the source of the fentanyl and Payano Del Orbe Jr. as an integral part of both deliveries.

"This seizure has without a doubt saved many lives, and the arrest of these three significant traffickers has made our county and the entire region safer," Steele said. "Fentanyl is being sold wittingly, as in this case, and unwittingly, and it is the most frequent mechanism of death we are facing."

Montgomery County saw 108 fentanyl-related overdose deaths in 2016, part of disturbing statewide trend that propelled a 37 percent increase in all fatal drug overdoses from 2015 to 2016.

Accounts of fentanyl's lethality — it is typically 50 to 100 times more potent than street-level heroin — have been dramatically illustrated by images of DEA agents dressed in full-body protective gear during drug raids and seizures. Exposure to the drug by inhalation or ingestion can be deadly depending on the strength of the substance.

All three defendants in the Montgomery County case are charged with possession with intent to deliver, conspiracy, dealing with the proceeds of unlawful activity and related charges. They each remain held on $1 million cash bail.