By By Dario V. LaRocca, M.D., For Independence Blue Cross 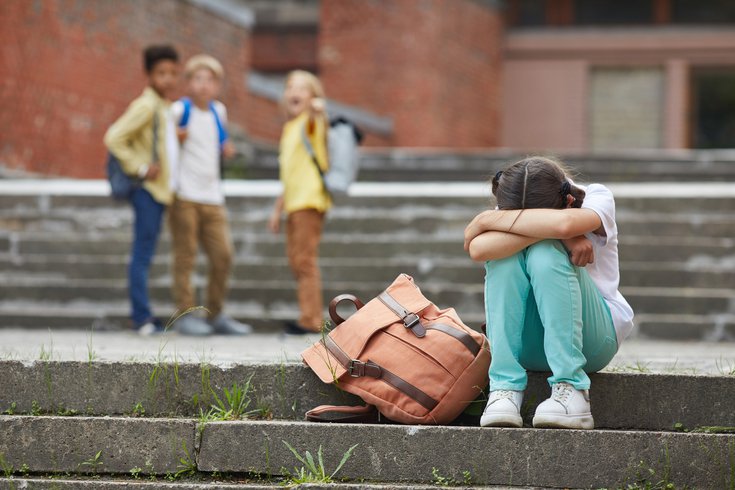 What comes to mind when you think of bullying? Some people may imagine one child picking on another at school on the playground. Others may think of it as a childhood issue that kids grow out of with age. The truth is, bullying behavior can last well into adulthood and can affect a person’s long-term mental health.

Risks associated with bullying, including suicide

Among children and adolescents, those who are bullied are at greater risk for academic problems, substance use disorders, and violence later in life. And according to research by the Eunice Kennedy Shriver National Institute of Child Health and Human Development, anyone involved in bullying — whether they are bullied or bully others — is at an increased risk for depression.

The U.S. Centers for Disease Control (CDC) also found that even young people who merely observe bullying behavior report significantly more feelings of helplessness, and less sense of connectedness and support than those who have not witnessed bullying behavior.

Bullying can progress from a distressful experience to a real danger. We have all heard the horror stories of adolescents and teens being driven to suicide after being shamed or ostracized by peers. Bullying victims are up to 9 times more likely to consider suicide than non-victims.

It doesn’t have to be this way. We can create environments free from bullying to prevent these tragedies and promote the long-term health and well-being of our communities.

There is a distinction between bullying and occasional teasing among peers. According to stopbullying.gov, bullying is unwanted, repeated aggressive behavior that involves a real or perceived power imbalance. Bullying can be verbal, social, or physical, and people who bully typically use physical strength, access to embarrassing information, or influence over social standing to control or harm others.

Unfortunately, bullying is common in many schools. According to the CDC, nearly 14 percent of public schools report that bullying is a problem occurring at least once a week. One in five high school students report being bullied at school and one in six report that they’ve been bullied online.

Why do people bully?

There are many reasons why young people engage in bullying, from anger management issues to prejudice to a lack of self-esteem or being bullied themselves. People who feel powerless in their own lives may seek power in social interactions to climb the social ladder, secure a coveted spot, or get attention.

Some retaliate against others in response to aggression they have suffered themselves. To interrupt this cycle, we all need to be more mindful of our own behaviors that might be perceived as bullying.

Sometimes a tease or a slur can be bullying in the wrong context. As children, we often learn this on the playground or in other unstructured social contexts, where we experiment with taking on different roles and meeting new people.

Today, with the internet and social media, the “playground” has gotten a lot bigger and more diverse — with fewer social cues to guide us and a more rapid, widespread impact.

What you can do as a parent

Parents can start by setting clear expectations with their children that they will not tolerate cruelty. Encouraging kindness and empathy between siblings is a good place to start. It’s important to remind children of other people’s feelings, since childhood and adolescence are very self-centered stages of development.

There are lots of strategies to prevent bullying. Here are some key actions to take:

Don’t accept bullying as a part of growing up

Bullying is not a fact of life, and we should not accept it. We can all do our part to build a culture of kindness at home, in school, and in other social settings. If we set high expectations for respectful behavior and model it ourselves, we will all reap the rewards of a community in which every member can thrive.

If you or someone you know are in crisis, there is help.

I have been a medical director at Independence Blue Cross (Independence) for over 15 years and have maintained a private practice in Psychiatry for over 30 years. My interest in mental health and its integration with physical health has been my life’s work. My role at Independence allows me to continue this work and be a psychiatric liaison to health services, providers, and hospital systems, as well as provide clinical guidance to programs at Independence and collaborate with Magellan.