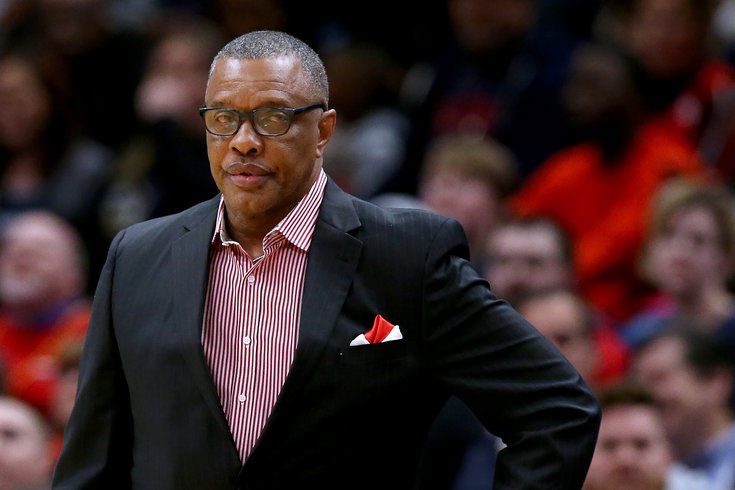 The Sixers may not have hired Mike D'Antoni to lead the team into the future, but they may be able to get an assistant who worked alongside him during his glory days in Phoenix. Former Pelicans head coach and longtime NBA assistant Alvin Gentry is on Doc Rivers' radar, ESPN's Adrian Wojnarowski reported Thursday evening and could be the next big domino in the restructuring of the coaching staff.

Boiling Gentry down to something as simple as a former D'Antoni assistant would be a mistake — at 65 years old, Gentry has worked for a wide variety of coaches around the league, dating back to the start of his coaching career in San Antonio in the late 80s. Hired under then head coach Larry Brown (hey, a Sixers connection), Gentry briefly rejoined future Spurs legend Gregg Popovich in San Antonio in 1999 after stints with the Heat and Pistons. But that marriage was short, as Gentry got the opportunity to be the head coach of Clippers shortly after his Texas return.

After a chance to work alongside Mike D’Antoni, Gentry would eventually get his second head coaching chance in the late 2000s, keeping things humming for the Seven Seconds or Less Suns following D’Antoni’s departure (though he claimed their offense was “12 seconds and under” under his watch.) In his first full season as head coach, Gentry led the Suns to the Western Conference Finals, drawing rave reviews for the defensive improvement they made with Gentry in charge.

And it was his eventual departure from Phoenix that led to him taking an associate head coaching job with the Clippers, completing the loop. Still with me?

With stops between now and then under Steve Kerr in Golden State and as the head coach of the New Orleans Pelicans, it all adds up to Gentry having a wealth of experience and knowledge collected from a wide variety of accomplished coaches. Add that onto a reputation as a good guy with bright ideas of his own, and he’s basically the ideal assistant coach to start a staff with under Rivers.

With some concerns about Rivers’ tactical flexibility and willingness to adjust in big moments, having an assistant like Gentry would be invaluable for the Sixers. Making a list of the players Gentry has crossed paths with brings up a lot of names Sixers stars could learn or borrow from, and just as important, Gentry is another respected guy who can help get through to a team that has had some trouble with motivation and execution the last few years.

We’ll have to wait and see how the staff shakes out — and whether Gentry can be lured in the first place — but it would be a good start to the Rivers era and a good sign for Rivers’ ability to build out an accomplished staff.