• The field with the best sideline view was the Eagles' offense vs. the Dolphins' defense, so that's what I watched for the entirety of the day. At some point during practice, both Jordan Hicks and Brandon Graham left with injuries, so I did not see those occur. Graham's is not thought to be serious, according to Graham's agent.

Eagles' DE Brandon Graham left practice today with a strained tricep, per source. Injury not considered serious at this time.

There's no word yet on Hicks' injury.

• Carson Wentz had a very good day, as he was accurate to all parts of the field – deep, intermediate, and short. He threw short when necessary and took shots when appropriate.

• Torrey Smith had a very good day, beating former Philly corner Byron Maxwell on a number of occasions. On one play, Smith took Maxwell deep, and Wentz put it on the money over the top for a 30-yard score. Smith also beat Maxwell in the corner of the end zone for a TD. I didn't see that route develop, but it was man coverage, and Smith had plenty of separation.

I'll also note that Alshon Jeffery caught a long TD on a post pattern in front of Maxwell, though Maxwell looked like he was anticipating safety help that wasn't there.

• Nelson Agholor made a few nice plays today. His best play was a contested catch on what looked to be nickel corner Bobby McCain. He also left a play on the field. Running down the left sideline, Agholor was being face-guarded by Dolphins corner Xavien Howard. Had Agholor simply come back toward the ball, it's as easy a pass interference call you can get. Instead, Agholor allowed the ball to come to him, and Howard was able to get a hand in between Agholor's hands and pop the ball free. Howard then made a great catch, though he landed out of bounds. What should have been a 15-20 yard gain with some veteran receiver savvy was instead a near-interception.

Last season, Agholor had a similar play against the Chicago Bears in which he could have easily forced a pass interference call on a pass deep down the field, by going directly back through the defensive back, instead of trying to avoid him to make the play.

While the officials could have thrown a flag on that play regardless, Agholor could have made it a lot more easier on them by doing a better job of going back through the corner and forcing more obvious contact.

• I was curious how Marcus Johnson would get off the line of scrimmage against press coverage against a defender from another team. I thought he did a nice job with that. Johnson's most notable moment of the day came when he was drilled by a Dolphins safety after Nick Foles threw a hospital ball to him on a deep post.

• It feels somewhat clear to me that the player Wentz feels most comfortable throwing to is Zach Ertz. Originally, I thought Jeffery would lead the team in receiving this season, but with Jeffery being behind, that chemistry could take some time. Wentz seems to go to Ertz when in doubt.

On one play today, Ertz caught a heater from Wentz in the red zone past Kiko Alonso. On another play, he beat Trevor Reilly on a pass in the back of the end zone in which he dragged his second foot for the score.

On the negative side with Ertz, he has not improved enough as a blocker. He was beaten badly on a run play to his side last Thursday night against the Buffalo Bills, and today, he was blown back by Dolphins DE Andre Branch, who got a tackle for loss. 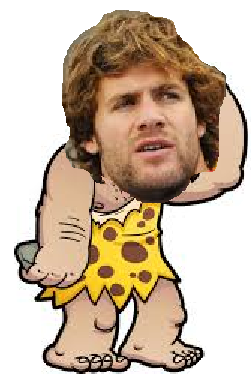 Jimmy Kempski/for PhillyVoice
• Speaking of Kiko, he spoke at the podium today, and it was the Kiko we came to know and love. A few of his responses to questions (the actual questions don't even matter):

• Foles was OK during parts of practice, but he had a number of really ugly throws as well. I think he's still knocking off some rust. He's still better than Matt McGloin though, so there's that.

• In something of a surprise development, Wendell Smallwood may be the starting running back this season. Sproles aside, Smallwood has been the best back in camp by a significant margin.

• Chance Warmack hasn't had the most impressive preseason so far, but he absolutely destroyed linebacker Mike Hull on a screen play today.

• And finally, Caleb Sturgis had another nice day today, connecting on all seven of his field goal attempts. Here were his kicks today: