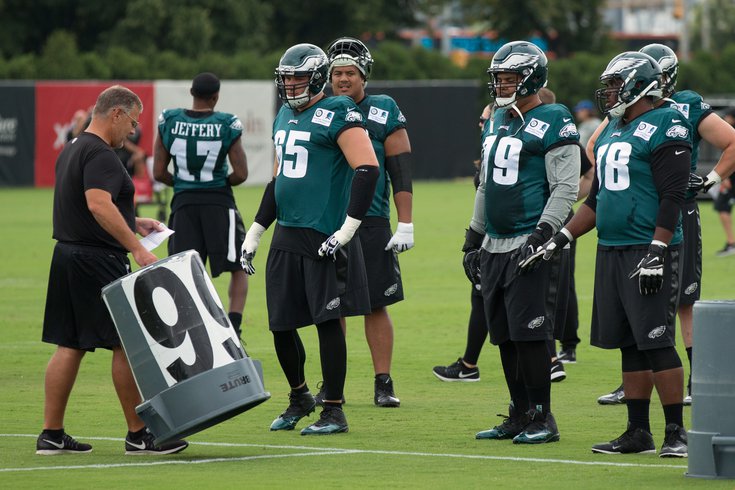 Highly respected Philadelphia Eagles offensive line coach Jeff Stoutland could be heading back to Alabama, according to a report from Bruce Feldman of The Athletic.

Stoutland has been with the team since 2013, and he is an assistant that the Eagles would be highly likely to want to retain, no matter who they ultimately hire as their new head coach. During the Eagles' Super Bowl run in 2017, it's not often credited as such, but the offensive line was the best performing unit on the team. It was an incredibly well-coached, cohesive, and talented group that dominated in the playoffs.

More recently, in 2020, Stoutland was forced to juggle the offensive line on a weekly basis, as the Eagles had 14 different starting offensive line combinations in 16 games:

And yet, while the Eagles allowed more sacks than any team in the league (partly because of their quarterbacks), the offensive line performed as well as could reasonably be expected, given the injury toll and level of talent.

Heading into 2021, Jason Peters almost certainly won't be back with the Eagles, and there's a decent chance Jason Kelce won't either. They were both Stoutland favorites. \

Losing Stoutland could theoretically also stunt the growth of guys like Jordan Mailata and Andre Dillard, who would likely have to learn new techniques with a different O-Line coach. If there's ever a time for Jeffrey Lurie to write a blank check, this might qualify.

So the latest on Jeff Stoutland: My understanding is, of course he's up in the air, with the Eagles having no head coach. And Alabama is interested in bringing him back. But Stoutland is under contract and is not intent on leaving. Hasn't decided to leave.