Plus, Doug Pederson explains why Miles Sanders wasn't on the field late in the win over the 49ers. 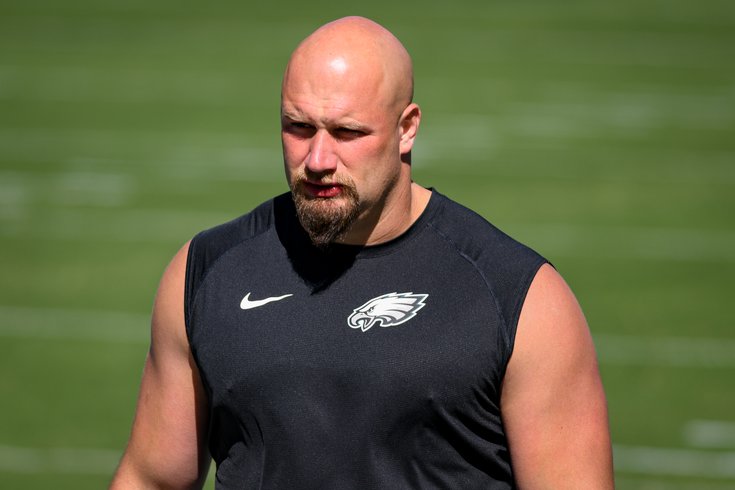 The Eagles finally picked up their first win of the season on Sunday night when they upset the 49ers, 25-20, in a game between two of the most banged-up teams in what feels like a more-banged-up-than-usual NFL.

The laundry list of players currently on injured reserve extends well beyond the players held out in Week 5, and the Eagles added two more in Jason Peters and Trevor Williams on Saturday, putting their total at 11 so far just a quarter of the way into the season.

And in their win over San Francisco, the Eagles lost a couple more players to injury as both linebacker T.J. Edwards and safety Rudy Ford left the primetime victory with hamstring injuries that will keep them out for at least a bit.

"I'll just start with T.J. [Edawards] and Rudy [Ford]," head coach Doug Pederson said on Monday. "Both of those guys, obviously injured in the game yesterday, it appears right now that they're going to miss some time. Not sure of the actual length of time, but there's a chance they miss [some]."

In the past, when Pederson has said "some time," it's typically been at least a week or two, and in some cases — like last week with Dallas Goedert — it means a player could be headed to injured reserve. Right now, that doesn't seem to be the case, but it's certainly worth keeping an eye on as Edwards is one of the team's starting linebackers and Ford has not only been a depth safety, but also a big contributor on special teams throughout the season.

The bigger concern, however, could be Lane Johnson's surgically-repaired ankle. Johnson already missed time earlier this season after undergoing a minor procedure late in camp to clean out some lose bodies in that ankle, and on Sunday night against the 49ers, it began to act up and caused him to miss more than a third of the game before eventually returning.

"In Lane's case, just his ankle was sore and it's something that, you know, obviously I don't have that ankle injury or that type of injury, but it takes time to kind of loosen up and get warm," Pederson explained. "And there were just a couple of plays early in the game where it didn't feel right to him, so we wanted to make sure and get it loose and keep it loose. And he eventually came back and played well in the second half."

That's not the concerning part. When Johnson was out of the game Sunday night, Jason Kelce was the only projected OL starter still on the field, so the worry comes from the fact that Johnson's ankle injury could linger throughout the season, especially as the weather starts to worsen.

The Eagles really need to hope that's not the case, but as Pederson was quick to point out on Monday, playing through pain is just part of life in the NFL and Johnson, like many of his teammates, may just have to tough it out.

"It's going to linger," Pederson admitted. "We're at that point now where everybody's body is sore and the injuries that we have, they're going to continue. I mean, you're not going to get 100% healthy. There's no way. We just don't have time to get everybody 100%. It's just the nature of the game. He's a tough kid, he plays through it, and he's going to have to continue playing through it the rest of the year."

As for Miles Sanders, who was curiously not on the field for the Eagles finally drive against the 49ers, on which they needed just a first down to run out the clock and put away San Fran, Pederson said there is nothing to worry about and that Sanders is "fine." Last week, Sanders' usage dropped in the second half due to fatigue after the second-year running back was held out for almost the entirety of camp. Pederson said it was simply "situational football" that led to he and running backs coach Duce Staley turning to Corey Clement and Boston Scott for those crucial late-game carries.

Re: Miles Sanders not on field late. Says "don't read into anything" and goes into situational, late-game football. Corey more of a bigger, power back who can grind out runs, Doug says.

That's certainly curious. But, still, the Eagles escaped Sunday night's win without any other major or season-ending injuries, and that in itself could be considered a victory for a team that's already lost a starting lineup's worth of players to injury, several of whom won't be returning any time soon.