An initial look at the Eagles' pre-draft visits, which matter 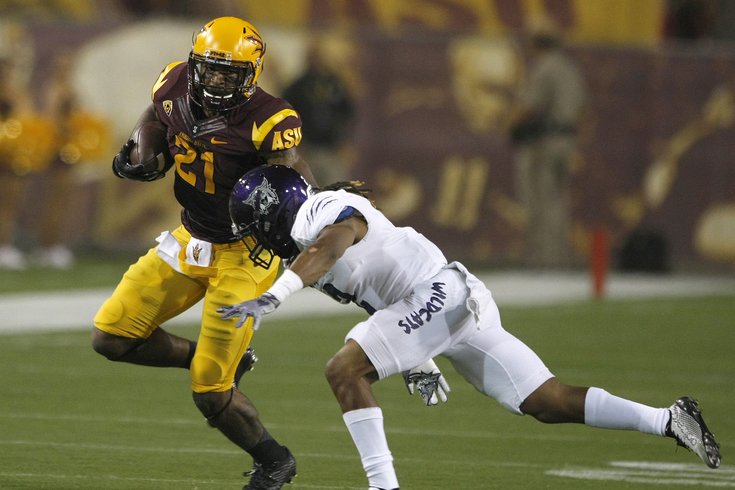 Jaelen Strong would make sense as a big target on the outside in Philly's offense.

The Eagles have already begun bringing 2015 NFL Draft prospects to the NovaCare Complex for pre-draft visits. In Chip Kelly's first two seasons as the head coach, almost all of the players the Eagles drafted received some sort of special attention from them leading up to the draft.

As you can see from the above chart, six of the seven Eagles draft picks a year ago had a pre-draft visit at the NovaCare Complex. The only one who didn't, Josh Huff, played for Kelly at Oregon, so there wasn't much of a mystery as to who Huff was as a person.

In 2013, the Eagles had a similar track record in regard to special attention paid to the players they eventually drafted, as noted by Tommy Lawlor of IgglesBlitz.com.

With that in mind, let's take a quick look at some of the players the Eagles have reportedly had in for a visit so far this offseason:

Philly kid who was very productive in his two seasons at Arizona State:

Agholor started slowly in 2014, but look at how he finished:

Randall was the 4th round selection in my Eagles only mock draft, version 3.0:

Randall makes sense for the Eagles, who like their safeties to be able drop down and cover slot receivers when opposing offenses go with three-WR sets.

Randall led the Sun Devils in 2014 with 106 tackles, and he also had 9.5 tackles for loss, which is impressive for a safety. In his two-year career at Arizona State, Randall filled up the stat sheet, with 177 tackles, 6 INTs (2 returned for TDs), 4 forced fumbles, 12 pass breakups, 15 tackles for loss, and a sack.

We'll be tracking player visits as the offseason continues.