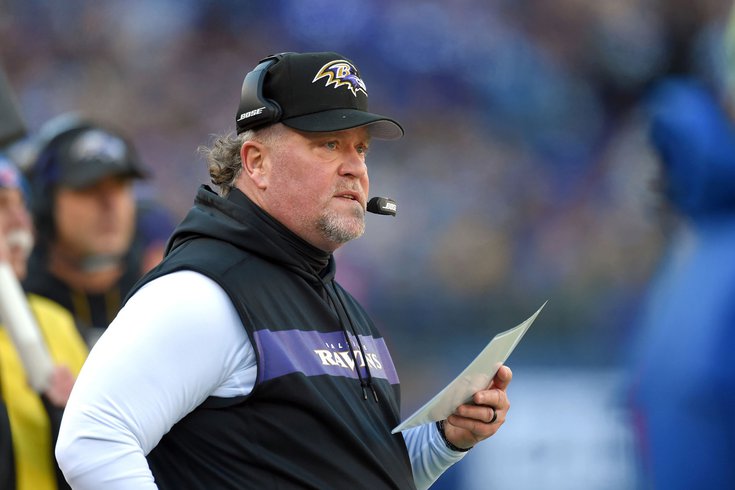 When the Baltimore Ravens come to Philadelphia on Sunday to take on the Eagles, a limited number of fans will be back in the stands at Lincoln Financial Field for the first time this season.

Since no one would ever let slip an opportunity to knock Philly sports fans, Ravens defensive coordinator Don "Wink" Martindale got in on the action during a press conference this week.

Martindale suggested that the reduced crowd size — about 5,000 or so fans — will make it easier to identify who throws D-cell batteries onto the field.

We'd give Wink a few points for his incredible originality, but he might complain. Last week, Martindale threw a tantrum because the Cincinnati Bengals had the audacity to kick a field goal in the final minute of a game they were trailing 27-0, as if the Bengals should feel bad about spoiling Baltimore's shutout.

As for the battery joke, it was only ever funny when Duracell used it to celebrate the Eagles winning Super Bowl LII.

The endless references to snowballs and Santa Claus are tired enough, but the D-cell batteries narrative is arguably worse.

Most of the time, it comes up in relation to former Phillies draft pick J.D. Drew, who refused to sign with the team and ended up with the St. Louis Cardinals. When Drew returned to Philadelphia, he apparently had some batteries thrown at him.

But even Eagles coach Doug Pederson acknowledged in 2016 that he had D-cell batteries thrown at him in Philadelphia back in 1999, when Donovan McNabb was waiting in the wings to take his job.

Pederson told Daily News columnist Paul Domowitch that he was targeted with insults, batteries and choice fluids after he quarterbacked the Eagles to a dismal 2-9 start that year.

"Those big ones," Pederson reportedly said. "Those 'D' ones. I was spit at. Beer (thrown). But hey, listen, whatever."

Needless to say, nobody should be throwing batteries at anyone, ever.

Baltimore, 4-1, brings the best scoring defense in the NFL to Philadelphia on Sunday as the Eagles try to right the ship of a 1-3-1 start to the season.

Maybe Pederson can draw up a trick play named after D-cells that will embarrass the Ravens defense.