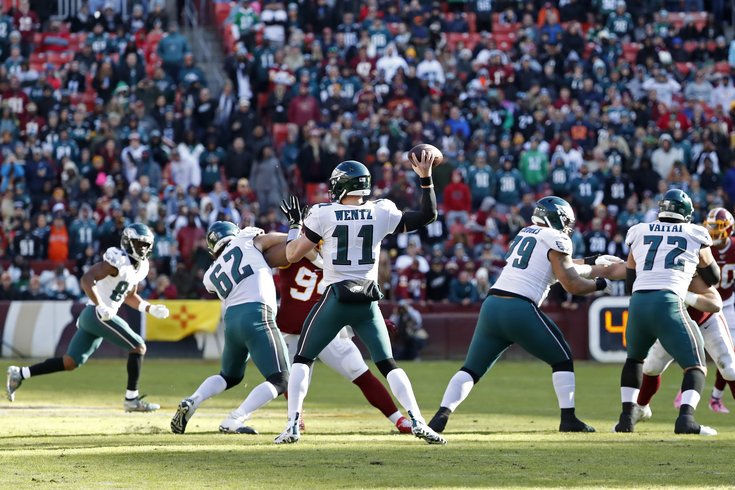 The Philadelphia Eagles travel to FedEx Field on Sept. 13 to open the 2020 NFL season against the Washington Football Team. Washington owner Daniel Snyder announced there will be no fans in attendance due to the COVID-19 crisis.

The Philadelphia Eagles will start their season in Landover on Sept. 13, but there won't be any fans in the stands at FedEx Field.

Normally, the jokes would write themselves about poor attendance for the Washington Football Team (#1932), but this year's circumstances are literal during the coronavirus pandemic.

In a statement on Wednesday morning, Washington Football Team owner Dan Snyder announced that it will hold off on spectators to start the season, at a minimum:

We are fortunate to host the best fans in the NFL year after year, but the well-being of those supporters, along with that of our players, coaches and each and every member of our gameday staff is simply too important, and the current knowledge of COVID-19 too unpredictable, to welcome our fan base to FedExField to start the season. We were the first team in the league to recall our scouts and other personnel from the field back in mid-March and have been monitoring this evolving situation ever since. This decision was not an easy one, but after several discussions with federal, state and local officials – along with input from some of the nation's foremost medical experts, based right here in the nation's capital – we are confident that it is the right one. We are working to find ways to make our fans' presence felt in new and innovative ways for 2020 and can't wait to welcome the community through the gates as soon as it's safe.

Snyder added that the decision will be re-evaluated by all parties over the course of the season based on the state of the pandemic.

The announcement makes Washington the latest NFL team to rule out fans on opening day, joining others including the Green Bay Packers, Las Vegas Raiders and the New York Giants and Jets.

But the league and many of its franchises, including the Eagles, have been steadfast in their hope to have limited capacity attendance at games during the 2020 season.

The Dallas Cowboys announced Wednesday that they will have fans at AT&T Stadium in the fall, using a "pod" formula with groups of no more than 15 people seated in any given area. Under Texas regulations, the stadium can admit 50% of its maximum capacity.

Further decisions about fan attendance will depend on the policies of individual cities and states, potentially creating a patchwork across the league in September. Additionally, there are competitive concerns that come into play if some teams are able to have a true home field advantage while others play in front of empty stands.

Philadelphia officials signaled last month that they are not too keen on having fans at Lincoln Financial Field for the 2020 season. After receiving some pushback, the city said it will continue to evaluate the situation in the run-up to the Eagles home opener against the Los Angeles Rams on Sept. 20.

If fans do attend games at the Linc, they will be required to wear face masks and practice social distancing.

The Eagles have already given season ticket members the choice to opt out of the 2020 season.

Over the past several weeks, Philadelphia has made significant progress in reducing new COVID-19 infections and minimizing severe outcomes. The city has prioritized public health and maintained that protecting residents will remain its top consideration.