Eagles will make sure there's enough money for Fletcher Cox 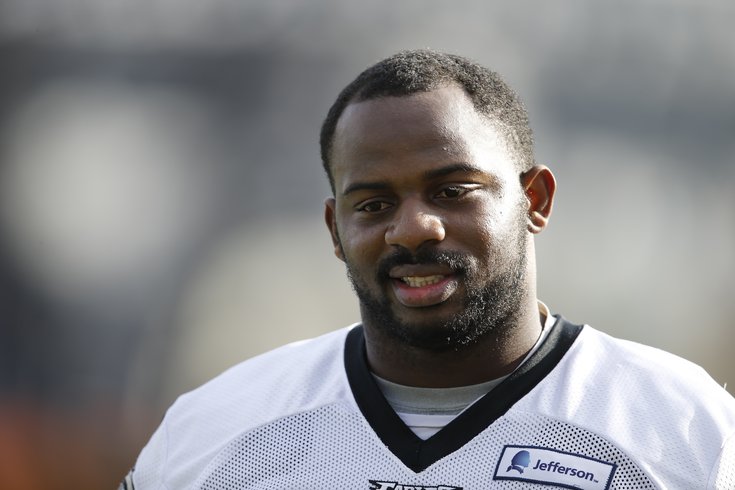 Cox is on the Eagles' minds.

So far this offseason, the Eagles have handed out new contracts to Zach Ertz, Brent Celek, Vinny Curry, Malcolm Jenkins, and most recently, Sam Bradford. Will there be enough money left over to pay the Eagles' best player, Fletcher Cox?

That is what Howie Roseman was asked during a session with reporters at the NovaCare Complex last Thursday. Roseman noted that everything the Eagles do this offseason will have the need to also pay Cox in mind.

A week ago at the NFL Combine, Roseman acknowledged that Cox is going to get "great player money."

"For us, we haven’t been shy," said Roseman. "He’s a great player. He’s going to get 'great player money.' We’re not shy about saying that. It still comes down to structure, and all the things that kind of complicate the negotiation, but I think the intention is right from him, from his representatives, and certainly from us and how we feel about him."

The Eagles' current cap space is approximately $17.4 million, according to overthecap.com, which puts them at 21st in the NFL in available cap space. In April of 2015, the Eagles exercised Cox's fifth-year option, which means that Cox is scheduled to make $7,799,000, which is money that already counts toward the cap.

How much of a raise he gets will of course subtract from the cap, although the Eagles can certainly structure his deal in a way in which 2016 doesn't carry a massive cap number. For example, Bradford's deal will count for $12.5 million in 2016, but balloons to $23.5 million in 2017.

Because they are being very mindful that they want to get a deal done with Cox, the Eagles may be frugal in free agency, as opposed to Chip Kelly's wild shopping spree that depleted the Eagles' cap space a year ago.