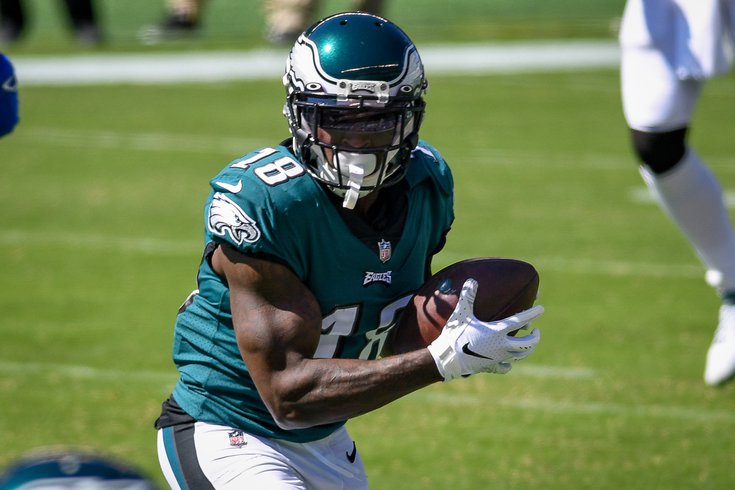 In Sunday's loss the to the Los Angeles Rams, the Philadelphia Eagles lost rookie wide receiver Jalen Reagor for a while, as he tore his UCL in his thumb. His injury happened in the second quarter, on the following play:

This was the play Jalen Reagor got hurt on. Happened early in the 2nd quarter. pic.twitter.com/RuS5dHmJCS

Reagor came out of the game for a bit, but he went back in, and had two more catches.

A UCL tear (ulnar collateral ligament) isn't a super-common football injury, but it is the same injury that Saints quarterback Drew Brees suffered last year, which cost him five games. Per a source, Brees' timetable for return last season is a good benchmark for Reagor, which means that Reagor is likely headed to short-term injured reserve, where he'll have to stay for at least three weeks. It should be noted that Reagor returned to the field faster than expected after he suffered a shoulder injury in training camp.

The inside of Reagor's thumb now looks like this, probably, according to OrthoInfo.org. 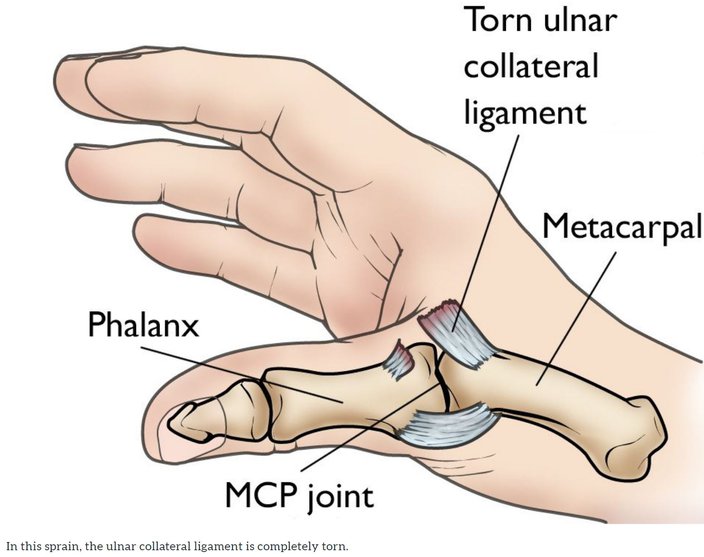 Through two games, Reagor has 5 catches for 96 yards. He has not yet scored a TD. If indeed Reagor goes on IR, he'll miss at least the following three games: