The office was the first for her 2020 Presidential campaign to open in Pennsylvania. 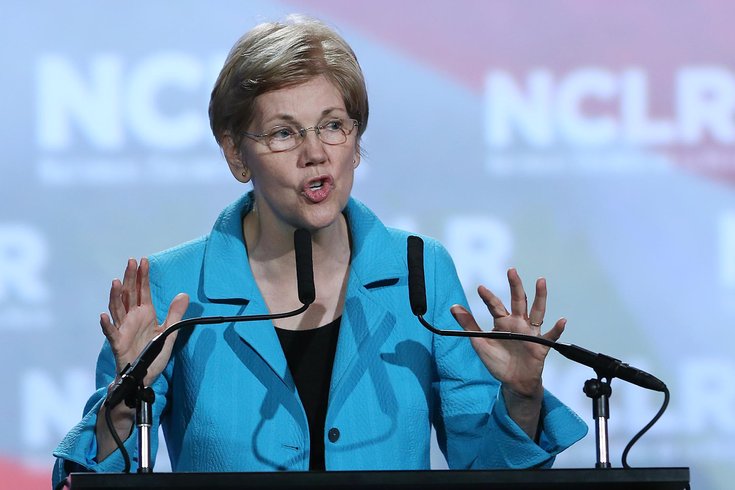 2020 Presidential hopeful Elizabeth Warren launched a campaign office in West Philadelphia last week ahead of the Democratic primary this April. She joins other candidates, former Vice President Joe Biden and Vermont Senator Bernie Sanders. Warren made headlines in last night's Democratic debate for saying Sanders told her that a woman could not become president.

The Massachusetts senator's new office opened in West Philly's Cedar Park on Jan. 9, The Daily Pennsylvanian reported. Mayor Jim Kenney, who endorsed Warren for president in October, was in attendance and spoke at the opening night.

Democratic rival Joe Biden set up his 2020 campaign's national headquarters in Philadelphia in May, but Warren was the first to begin her field campaign here, hiring field staff back in December.

This move was perceived as aggressive, as Pennsylvania is considered a late-primary state. However, as the nation's fifth-most populous state, it has the fifth-most delegates in the Democratic primary, and is therefore influential.

Warren, 70, who is also a former University of Pennsylvania Law School Professor, chose the office in part for its proximity to the Penn campus. This will allow her campaign to work with student groups on the Ivy League campus like Penn For Warren and Penn Democrats.

Since last night's Democratic debate, where Warren clashed with Sen. Bernie Sanders, the hashtag #NeverWarren has had moments as the top US twitter trend of the day.

The two presidential hopefuls clashed in the debate most notably over Warren's claim that Sanders had said a woman can't win the presidency. Sanders denied this when asked during the debate, but CNN's handling of the issue was criticized by some journalists. Warren's claims to Native American heritage, for which she has since apologized have also received scrutiny in the past.