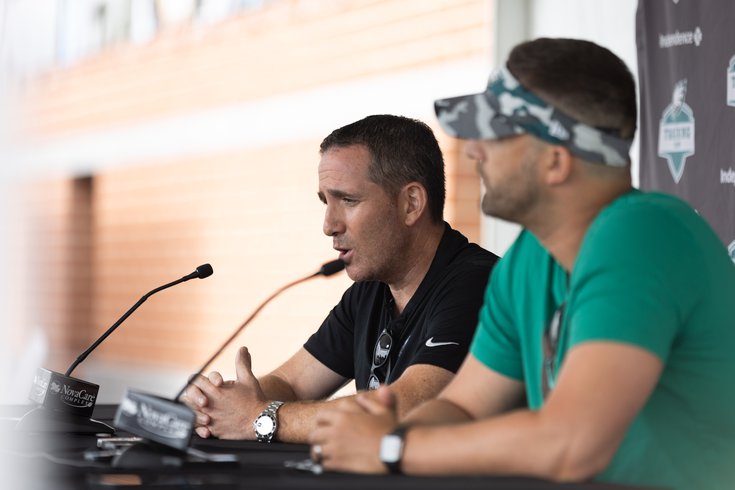 The Philadelphia Eagles released their first depth chart of the 2022 season on Monday. The team is clear to note that, "The unofficial depth chart is compiled by the Eagles' public relations department."

But even so, I find it interesting at times anyway, so what the hell — we'll show it, and I'll have some comments thereafter. 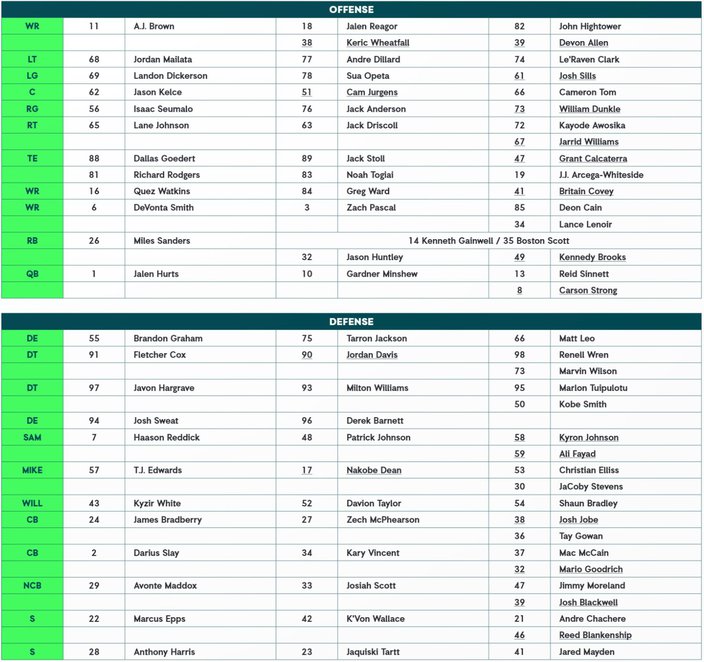 • Quarterback: For anyone disagreeing that Reid Sinnett is ahead of Carson Strong, you're wrong. But also, here you go.

• Running back: Miles Sanders is of course "the guy" at RB1, as Nick Sirianni put it, and the Eagles are again making that clear here. Kenny Gainwell and Boston Scott share the distinction of being the RB2, which kind of makes sense. Gainwell is going to take some passing down snaps away from Sanders, while Scott would probably be more of the every down guy should Sanders get hurt.

• Wide receiver: The Eagles' PR guy put Greg Ward ahead of Britain Covey, which I get. Ward is the veteran. But I think Covey is coming for Ward's job.

• Offensive line: No surprises here, at least on the first and second team OL.

• Linebacker: There is little doubt that T.J. Edwards remains the Eagles' best linebacker after the first eight practices of training camp, and the Eagles slotted him in as the starting MIKE, with Nakobe Dean behind him. Shaun Bradley appears on paper to be buried here, but his roster spot is almost certainly secure, and my bet is that he'll be the special teams captain this season.

• Cornerback: The starters are easy, obviously, but I was actually curious which two corners they had joining Zech McPhearson on the second team. It's Kary Vincent and Josiah Scott, who notably can both also possibly play safety.

• Safety: They have Reed Blankenship as the last safety on the depth chart. It'll be hard shoehorning him onto the initial 53-man roster, but there's no question the team would like to keep Blankenship on the practice squad, as he has had a good camp. He is certainly far from the worst safety on the roster.

• Special teams (not pictured in the depth chart above): Jake Elliott, Arryn Siposs, and Rick Lovato have no competition. At returner, Jalen Reagor is listed as the top kick returner and punt returner. He is followed by Jason Huntley and John Hightower at KR, even though Huntley is the best kick returner on the team. He is followed by Greg Ward, Britain Covey, Kenny Gainwell, and Quez Watkins at PR. Again, Ward is over Covey here likely because he is the veteran.

Thank you for making each team do this every year, NFL, and for the easy #content this morning.