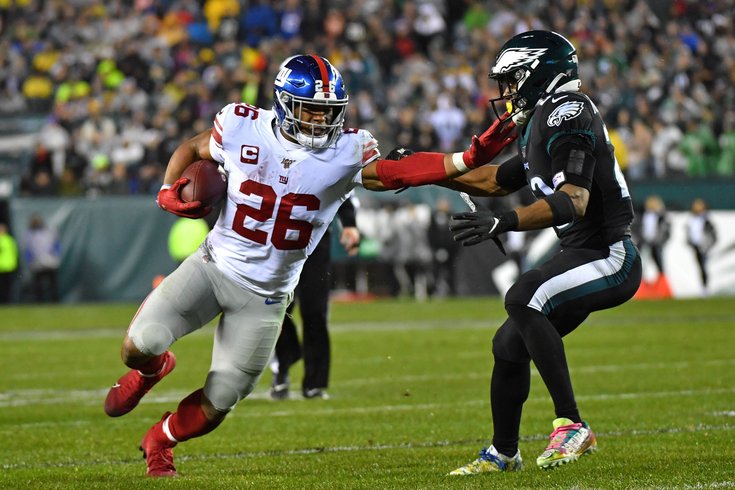 We won't waste your time with a lengthy intro. If you are reading this, chances are you're either in the middle of your fantasy draft, trying to confirm the status of a player you're considering — or you're doing research prior to a draft.

If you do not see the player you are curious about below, there is a good chance we have relevant recon on them from another injury update post we did earlier this week.

Either way, with the injury landscape constantly changing across the NFL with games less than a week away, here's a brief look at some of the latest news to fantasy football relevant players:

Lamb has been taken off the COVID list, meaning the unvaccinated receiver did not have the virus himself. He is back on the field and will be ready to goin Week 1.

The Saints two most familiar pass catchers could both miss some time, with Thomas sure to miss more as he begins the season on the PUP list as he recovers from an ankle injury. Smith meanwhile has been banged up in practice and has missed practice time, and his Week 1 status is up in the air. Marquez Callaway becomes an instantly relevant player in your draft, as he may start the season as WR1 in New Orleans. Chris Hogan is another wideout to keep an eye on.

Wentz, who had foot surgery and then went on the COVID list, is back at practice and participating fully. Barring any new setbacks (which is far from a guarantee), Wentz should be playing in Week 1.

However, Wentz will definitely not be throwing to T.Y. Hilton, who will begin the year on the PUP list and miss half the season. Wentz will be tossing the ball mainly to Zach Pascal and Michael Pittman, and those two wideouts are draftable players.

The first of three injured New York Giants skill players we'll look at, Barkley is working back from an ACL tear and has been practicing regularly. However the team is non-committal on if he will start in Week 1. He is definitely worth keeping an eye on, though will be a first round worthy pick whether he returns in Week 1 or Week 2.

The Giants WR1 was spotted back in practice Thursday which is a good sign as he is close to overcoming a hamstring injury. With no setbacks he should be full go in Week 1.

After an injury in a preseason game to his calf, Engram is back at practice. However his status for Week 1 is unknown as he remains limited. Veteran Kyle Rudolph would start if Engram can't.

Watkins is back practicing fully, continuing what many describe to be a very impressive camp. With Rashad Bateman and Miles Boykin both sidelined in Baltimore, Watkins will start alongside Marquise Brown as one of the Ravens top two receivers.

With injury woes all offseason Aiyuk does appear poised to be healthy to start the 2021 season. He is not practicing much due to a minor hamstring issue but it is mostly out of precaution.

The Jets top wideout is day to day with a groin strain but should be ready to suit up in New York's season opener.

Samuel has missed a bunch of practices with his own groin injury, but the plan is to have him practice Monday and be ready to start in Week 1 the following Sunday.

Jones has a shoulder ailment but he is expected to be fully healthy and ready to go when the Jags start their season. He should be a fantasy relevant wideout throughout the year.

The Broncos top tight end hasn't practiced in a bit, but team officials still expect him to be able to overcome a leg injury to start in the regular season opener a week from Sunday.

Westbrook has a knee injury but he was not added to the Vikings injured reserve. He could be back sometime soon, though it remains to be seen how many targets he'd have behind Adam Thielen and Justin Jefferson.

Miller has a shoulder injury and is expected to play "at some point this season," reports say. However he is not fantasy relevant right now and would be a waiver play later in the year,.

Don't draft Cohen, the usual RB2 in Chicago is starting the season on the PUP list.