The Delco company placed ahead of Altoona-based Sheetz, which was ranked at No. 4 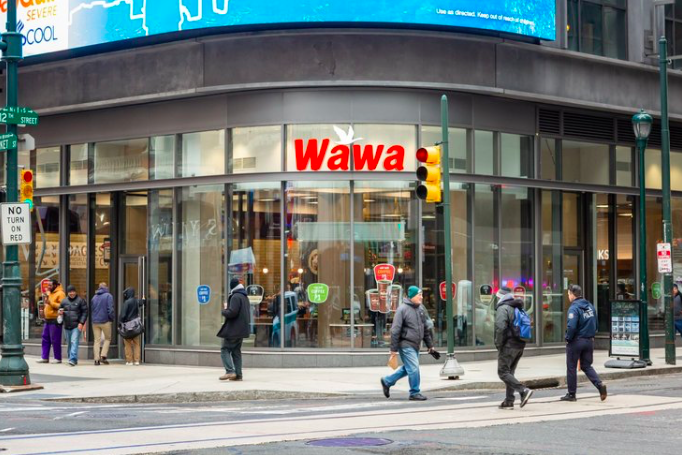 Wawa was ranked No. 2 behind Buc-ee's on Food & Wine's best convenience store list. Sheetz fell behind, placing at the No. 4 position.

Wawa and Sheetz have been going at it for a long time – and well, Food & Wine magazine wants people to know that the Philadelphia institution is, by far, the superior convenience store.

The foodie publication named the Delco-based store as the second-best convenience store in the country, only falling to Texan chain Buc-ee’s. It's not a secret the City of Brotherly Love has a love affair with the store's menu and atmosphere, something the article notes:

"Part of the glue holding the region together for generations, Wawa isn’t just a place for the best made-to-order sandwiches (say: HOA-GIE) and coffee in the industry, or great iced teas, house beers, ice creams, soft pretzels, and somewhat crave-able breakfast sandwiches—Wawa is where life happens."

Sheetz ranked No. 4 for its menu and beer partnership with Philadelphia-based brewery Evil Genius — a blonde ale made with the store's popular blueberry muffins. Though, Wawa isn't exactly shy to the craft beer game. The company partnered for the past two years with 2SP Brewery in Aston.

This isn't the first time Wawa has beat out Sheetz. It was also named best fast food in Pennsylvania by Food & Wine. Though, the Altoona-based store was named best in regional fast food by a USA Today poll in April.

The publication also ranked several other convenience stores in Pennsylvania, including Rutter’s. The York-based store placed at No. 10 for their extensive and wide range menu that includes everything from chicken wings to cannoli. Lancaster favorite Turkey Hill also made the list, ranking at the No. 15 position for their beloved ice cream.

You can view the complete ranking here.