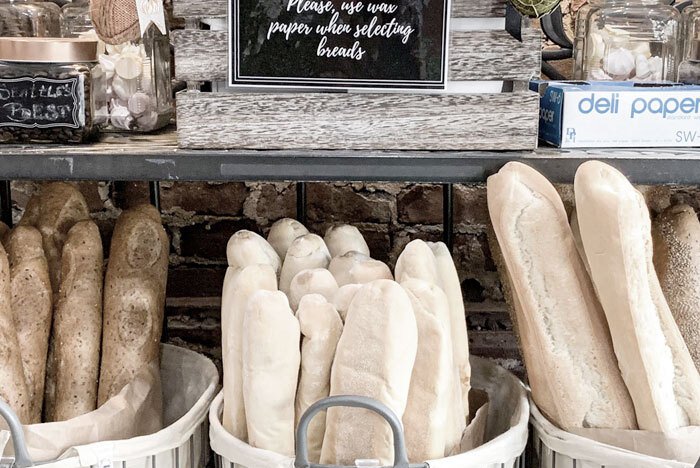 The family of George E. Norcross III purchased Formica Bakery, a 100-year-old Atlantic City business that supplies bread to some of New Jersey's most iconic delis and hoagie shops, like White House Subs. The Norcross family plans a significant expansion of the company, broadening distribution nationwide under the new name Formica Freitag Bakery.

Atlantic City's famed Formica's Bakery, a maker of bread in New Jersey for more than a century, is changing ownership. The family of George E. Norcross III purchased a majority stake in the company and has plans for a multimillion dollar expansion of the business in the years ahead.

The bakery was founded in Atlantic City by Italian immigrant Francesco Formica and his wife, Rosa, whose intergenerational business grew to supply more than 280 local shops at its peak.

Today is it known for supplying the bread for hoagie shops like White House Subs in Atlantic City, Sugar Hill Subs in Mays Landing and Sack-o-Subs. Formica's products are also served at Cape May's Congress Hall and several Atlantic City casinos, and the bakery also sells breads, cannolis, Tomato Pie, cakes and other baked goods from its shop on 2310 Arctic Ave., where it's been located since 1928.

With the new ownership, the business will be renamed the Formica Freitag Bakery, recognizing Norcross' paternal grandfather, August Frietag, who founded the Freitag Bakery, at 247 Kaighn Ave. in Camden, in 1890. Norcross' father worked for a time at that bakery.

George E. Norcross III is the chairman of Conner Strong & Buckelew, a large insurance brokerage and risk management consulting firm headquartered in Camden. He is also a political powerbroker who was a Democratic National Committeeman in New Jersey until recently.

"For generations, my family and almost every person who has visited the Shore have eaten Formica's Italian breads – in restaurants and hoagie shops, on the beach, and walking down the boardwalk," Norcross said in the press announcing the bakery's sale. "We are excited to continue on its proud heritage of providing great food and great service and build on it for the next hundred years."

Frank Formica, the grandson of Formica's founder and a former Atlantic County freeholder, also will remain with the company as a senior consultant.

"I grew up learning how to bake the bread my grandfather and father made – bread that fed millions and is part of cherished memories for generations of people visiting and living down the Shore," Formica said. "I look forward to working with the Norcross family and Pat McKenna as we build on our families' legacies and making my grandfather's bread part of people's memories for the next 100 years."

McKenna owns Taste of Italy in Egg Harbor City. In 2019, Formica's Bakery had filed for bankruptcy and McKenna took over the operation of the business. He kept all the bakery's employees and continued to bake bread the way Formica has for 100 years.

The Norcross family plans to expand Formica Freitag's distribution nationally, utilizing technology that enables the bread to be transported while maintaining its texture and crunch.

"I believe in the next few years, the things we make at Formica Freitag Bakery will become as big a part of people's celebrations and regular meals as they are to us in South Jersey," McKenna said.

Norcross said the strengthened team behind the bakery will ensure that the Atlantic City staple sees a much wider reach.

"We believe that our new partnership will be a credit to our families' legacies and that Formica Freitag Bakery will be just as important a part of people's happy memories as Formica's has been for the last 100 years," Norcross said.

Formica's Bakery is most renowned for its sandwich rolls, and their flavor and texture has been attributed to the Jersey Shore water used to make them. Frank Formica once said the source of the water is an aquifer below the Pinelands. The pH of the water there is lowered by the cedar trees growing above it, the baker told Gourmet magazine in 2008.

"It's the softest, cleanest water anywhere," Formica said in the article. "The water is so uncontaminated you can use more flour and the bread has more body."