Where to view Fourth of July fireworks at the Jersey Shore

By Sinead Cummings
PhillyVoice Staff
Holiday Fourth of July
from 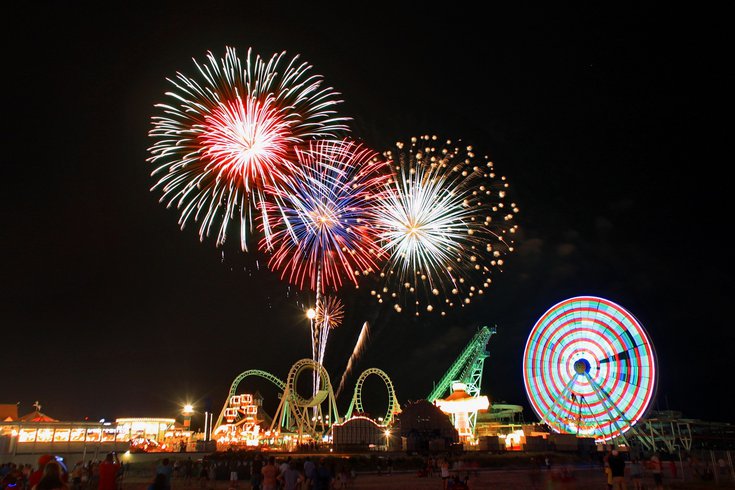 The Wildwoods will present a July 4th fireworks show at 10 p.m. The display can be watched from the beach. Other Jersey Shore points will have their own fireworks shows, too.

On Sunday, July 4, fireworks will light up the sky over the Philadelphia Museum of Art, as part of Wawa Welcome America. The show will begin at 9:30 p.m., following a performance featuring Bebe Rexha and Flo Rida at the Mann Center. People are invited to the Benjamin Franklin Parkway for the fireworks display starting at 8 p.m.

Camden, N.J. also is celebrating Independence Day with the Freedom Festival on the waterfront. A fireworks show will take place over the Delaware River at 9:30 p.m. and will be visible to those on both sides of the river.

Those aren't the only fireworks in celebration of the holiday, of course. For those at the Shore, there are several locations doing something for Fourth of July.

Cape May – The fireworks show will take place on July 4 at 9:15 p.m. They will be set off from a barge at sea in front of Congress Hall.

Wildwood – The Wildwoods will present a July 4th fireworks show beginning at 10 p.m., originating from the beach at Pine Avenue.

Ocean City – Watch Fourth of July fireworks from the Ocean City boardwalk. The show will kick off at 9 p.m.

Stone Harbor – Fireworks will go off at 9 p.m. They can be viewed from from any beach.