By Associated Press
MLB Television
from 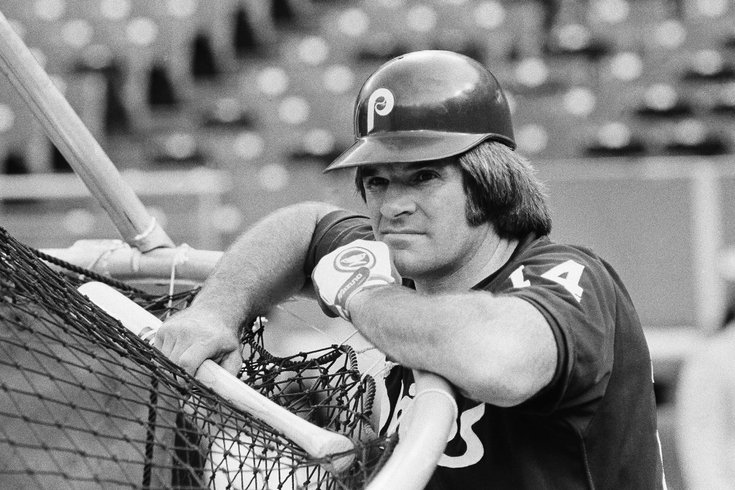 Pete Rose rests his head on his arms as he waits his turn for batting practice prior to the Astros-Phillies game in June of 1981 in Philadelphia.

NEW YORK — Pete Rose is getting back in baseball while he awaits a ruling on his reinstatement request — as a television analyst.

The career hits leader, who agreed to a lifetime ban from the sport 26 years ago, has been hired by Fox as a guest studio analyst.

"We informed baseball of Pete's audition. Baseball was informed every step of the way," Fox spokesman Dan Bell said Saturday.

"As a courtesy, Fox informed us that they were interviewing Pete Rose for an on-air studio position," MLB said in a statement. "The decision to hire on-air talent for its telecasts rests solely with Fox."

Bell said Rose will not be in stadium broadcast booths. Since the ban began, Rose has not been allowed in areas of ballparks not open to fans, except with special approval from the commissioner's office. Approval has been granted for ceremonies, such as the All-Century team announcement at Atlanta's Turner Field during the 1999 World Series and a Reds' ceremony in 2013 honoring their 1975 and '76 championship teams.

"As a courtesy, Fox informed us that they were interviewing Pete Rose for an on-air studio position," MLB said in a statement. "The decision to hire on-air talent for its telecasts rests solely with Fox."

Rose, who turned 74 last week, agreed to the lifetime ban in August 1989 after a Major League Baseball investigation concluded he bet on the Cincinnati Reds to win while managing the team.

Rose will appear on pregame and postgame shows on Fox and Fox Sports 1 and other programming. Bell said Rose's start date and the frequency of his appearances has not been determined. Fox will broadcast the All-Star Game in Cincinnati on July 14 — coincidentally his uniform number.

For 15 years he denied he bet on baseball. In his 2004 autobiography, "Pete Rose: My Prison Without Bars," Rose reversed his stand and acknowledged he bet on the Reds while managing the team.

Manfred has said he wants to listen to Rose make his case before issuing a decision.

In 24 seasons in the majors, Rose had 4,256 hits and won three World Series titles. He was the 1963 NL Rookie of the Year and the 1973 NL Most Valuable Player. A 17-time All-Star, Rose made the team at five different positions.