And he's got another in the works 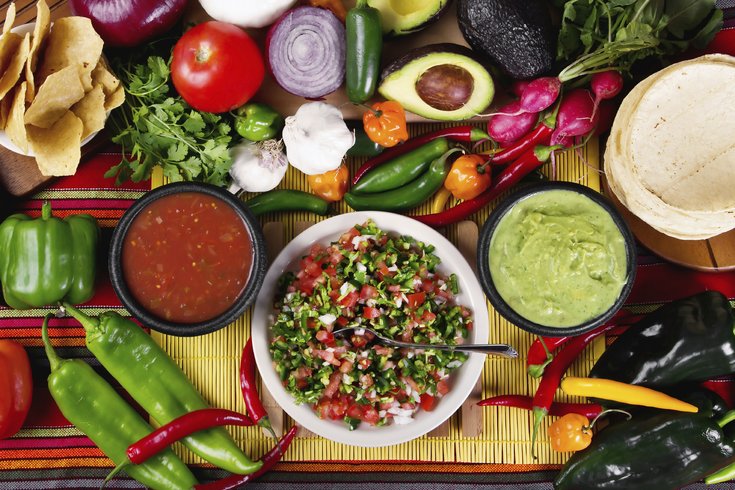 George Atterbury, a Garces Group alum, pitched up tent in Chestnut Hill just last month with his El Poquito (translation: "the little one") restaurant -- and he's already eyeing his next.

"Right now, we have another restaurant deal in Wilmington, and we're looking at a number of other locations in and around Philadelphia as well," Atterbury told PhillyVoice.com.

So, have any particular Philly neighborhoods stood out?

"Not yet," Atterbury said emphatically. "We've done a bunch of research, and we're now trying to find the next place for us. But we're big believers in El Poquito, so that concept and what we've created, I think it would translate well in another area of the city -- or in and around the tri-state region."

In other words, we'll probably get another El Poquito (or a lookalike) in Philly sometime soon -- whether it will be called El Poquito, however, or share its menu items, is unclear.

Atterbury's Chestnut Hill-located Mexican restaurant opened Dec. 5. It's a two-floor, 210-foot space with two dining areas: one that seats 35, and another that seats 20. It also has outdoor seating (with fire pits) that accommodates 70 people.

El Poquito's existing dinner and brunch menus, meanwhile, are loaded with standard Mexican fare, but perfected -- thanks to Chef Andrew Sabin, who is also a Garces alum and was formerly chef de cuisine at JG Domestic, a small plates bar specializing in domestic foods. (To boot, he contributed recipes to Jose Garces's cookbook, "The Latin Road Home.") You can view the full El Poquito menu here, though Atterbury said that the 30-ish days they've had since opening has prompted them to change up parts of the menu within the next three weeks. (One likely winter addition will be roasted squash soup, he said.)

Taking a step back, though, it's worth asking: Why another Mexican restaurant?

"In Chestnut Hill, I know of only one other [Mexican restaurant] in that area, so that's why we felt that Chestnut Hill was a great market for it," Atterbury said. "So, I don't think we'd open a restaurant in Center City -- I think that market's saturated," he added, laughing.

So, yeah. That Philly already has a bucketload of Mexican restaurants isn't lost on him. And hopefully, his next offering will serve up some solid cuisine for the Mexican-neglected sections of the city.