Delco got nearly $400K of the $15.7 million distributed statewide 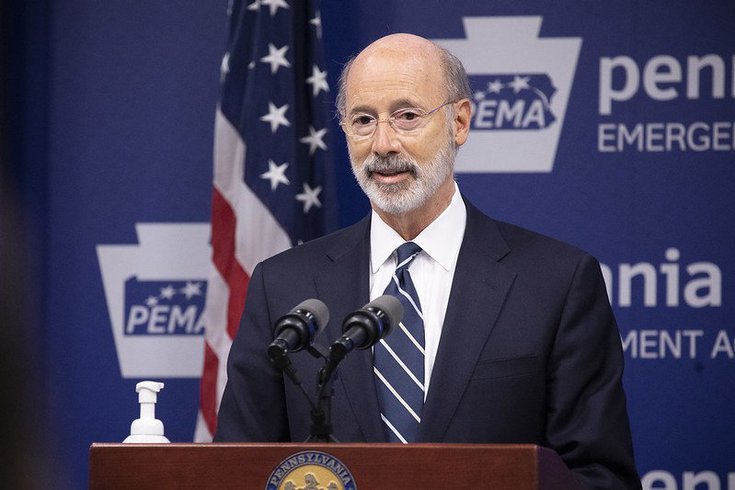 Gov. Tom Wolf was in Chester on Friday to highlight the state funding going to local groups battling gun violence in Delaware County. Three groups in Delco and forty statewide will receive a portion of the $15.7 million set aside through the Violence Intervention and Prevention Grant Program.

Gov. Tom Wolf was in Chester on Friday to highlight the state funding going to local groups battling gun violence in Delaware County.

The Chester Panthers Foundation, a non-profit focused on youth football and cheerleading, is one of three groups in Delco and one of forty statewide that will receive a portion of the $15.7 million set aside through the Violence Intervention and Prevention Grant Program.

“We don’t do enough with community organizations that are on the ground and actually know what’s going on,” Wolf said. “The Panthers is one of those organizations, and I’m proud that we were able to invest in them."

The $50,000 the Panthers are receiving will go to new sports programming and more direct gun violence initiatives, said Charles Thompson, the non-profit's president and director.

“The grant means a lot,” he told the Delco Times. “One sport we’re going to expand to is wrestling, and then we also want to do more gun violence intervention initiatives and mentoring," which will entail lectures and a listening series.

A $25,000 grant is going to the Chester Biddy Basketball Association, another youth league, to create gun prevention workshops for kids and Upper Darby Township will get $308,122 to build a new community policing center on the west side of town.

It already has one on the east side, located at 710 Long Lane. The centers are meant to give locals a place to do homework, participate in group activities and access government resources.

Wolf's visit came just a day after he vetoed a bill passed in the Pennsylvania Senate that would have allowed gun owners to carry concealed firearms without a background check or permit and a week after Philadelphia broke its all-time homicide record of 500 set in 1990.

The press conference also follows the high-profile killing of an Upper Darby woman, allegedly by her boyfriend, who then fled to the 69th Street Transportation Center where he shot at civilians and SEPTA police officers before he was arrested.

Over in Chester, murders are down this year. The city has seen a 45% drop in homicides between 2020 and 2021 with just 18 recorded since January.

Officials credit the Chester Police Department's transition to a community policing model and the work done by the Chester Partnership for Safe Neighborhoods, which was created by the county's District Attorney Jack Stollsteimer.

Still, the year to date per capita homicide rate in Chester is more than a third higher than in Philadelphia. Chester has had roughly one murder for every 1,889 residents this year while Philly has had one for every 3,087.