Prosecutors have left the door open to pursue capital punishment 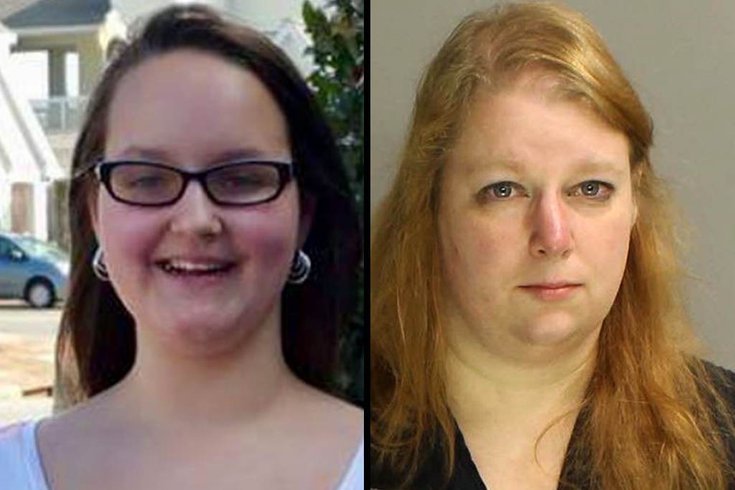 Grace Packer, left, allegedly raped and killed in a plot carried out by Sara Packer, right, and Jacob Sullivan.

A Bucks County woman could face the death penalty if convicted in connection with the alleged rape and homicide of her adopted daughter.

Prosecutors have not determined whether they will seek the death penalty in their case against Sara Packer, according to the Allentown Morning Call. But they left the option open by filing a notice of aggravating circumstances — a legal requirement to pursue the death penalty.

Packer, 42, of Richland Township, pleaded not guilty at her arraignment Friday before Judge Diane E. Gibbons. She faces 11 felony charges, including criminal homicide, and nine misdemeanors for her alleged role in the death of 14-year-old Grace Packer, of Abington Township, Montgomery County.

Prosecutors allege Sullivan, 44, of Horsham, admitted raping the girl while Sara Packer watched in the attic. The couple allegedly then gave Grace pills to sedate her, bound and gagged her, and left her in the attic, police said.

According to investigators, Sullivan allegedly has admitted strangling Grace to death after the couple returned to the attic to find the girl still alive. Sullivan is scheduled to be arraigned on March 31.

The couple allegedly stored Grace Packer's body in the attic until mid-October, packing it in cat litter before dismembering and disposing of it in a wooded area of Luzerne County.

Sara Packer reported her daughter missing on July 11, but failed to give Abington police a photo or her new address.

As police closed in on the couple, investigators said the couple forged a suicide pact and were found unconscious from an apparent drug overdose on Dec. 30.

Sara Packer, a former adoptions supervisor, adopted Grace when the girl was three years old. Grace reportedly had been abused or neglected in at least prior three homes during her life.