Half a million babies die each year in unhygienic hospitals 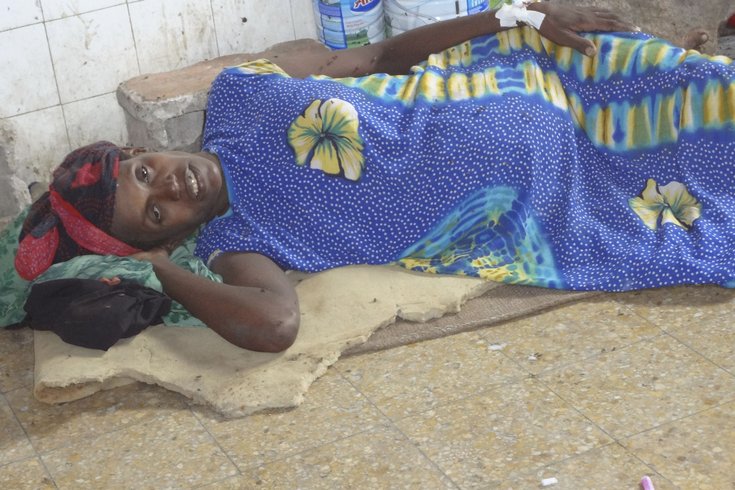 Over a third of hospitals and clinics in developing countries have nowhere for staff or patients to wash with soap, and almost 40 percent have no source of water, according to a WHO-backed international review published on Tuesday.
The report, by sanitation charity WaterAid and the World Health Organization (WHO) said that every year, half a million babies die before they reach a month old due to a lack of clean water and safe sanitation.
RELATED ARTICLE: Ebola clinic for pregnant women opens
For one in five of those babies, just being washed in clean water and cared for in a clean and safe environment by people who had washed their hands with soap could have prevented their untimely deaths, the report found.
"The ability to keep a hospital or clinic clean is such a fundamental basic requirement of health care that you have to question whether a facility without clean running water or basic sanitation can adequately serve its patients," said Barbara Frost, chief executive of WaterAid.
"Being born into unhygienic conditions condemns too many babies ... to a tragically early and avoidable death."
Maria Neira, a WHO expert on public, social and environmental health, said the findings of the review -- the first assessment of its kind covering 54 developing countries --  were all the more shocking as even where health clinics are defined as having access to water, the water supply may be up to half a kilometer away rather than piped onto the site.
"Pregnant mothers rely on a birthing environment that, at a minimum, does not place them or their baby at risk, saying nothing of the need for drinking-water or having to leave the facility to search for a toilet," she said in a statement.
As well as killing young babies, the same unhygienic conditions also fuel major disease outbreaks such as cholera epidemics in Democratic Republic of Congo, Haiti, Malawi, Tanzania and South Sudan, the report found.