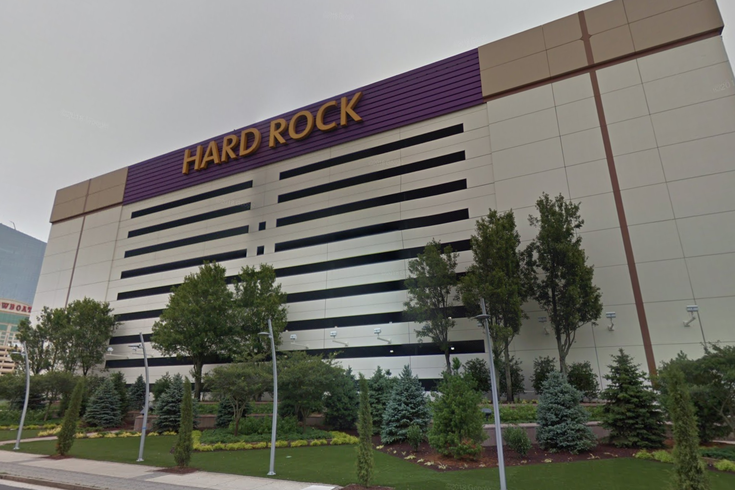 A view of the Hard Rock Hotel & Casino from 1000 Pacific Ave in Atlantic City.

Jim Allen, CEO of Hard Rock International, said Atlantic City "is going in the wrong direction," according to the Associated Press.

Speaking after an employee meeting on Thursday at the Hard Rock Hotel Casino in Atlantic City, which is located where the former Trump Taj Mahal was, Allen admitted that he’s not encouraged by recent developments in the city.

“Frankly the town’s in worse shape today than it was when we bought the building,” Allen said. Hard Rock invested $562 million into Atlantic City when the hotel and casino came to the Jersey Shore town nearly three years ago.

“When you’re in a resort environment where safety and security is so important, if the city can’t get something fixed as simple as the street lighting, then maybe a change is needed,” Allen said. He said that some street lights have been out for two months along several blocks on Pacific Avenue in Atlantic City.

Allen has said he and Hard Rock are willing to be part of the solution, as the company is planning to invest $15 million in Atlantic City in 2020. The investment will include an expanded sports betting operation.

Hard Rock took home $324 million in revenue from slots and table games in 2019, which was the second-highest of any casino in Atlantic City.

At least in terms of casino revenue, things are looking up for Atlantic City. Helped by sports betting, the city's casinos hauled in nearly $3.3 billion in 2019, the Associated Press reported on Tuesday, which was a 15% increase compared to the 2018 and the first time Atlantic City casinos' gambling revenue topped $3 billion since 2012.

The Hard Rock CEO has offered to meet with Atlantic City Mayor Marty Small, said that his hotel and casino is not part of the move to change the city’s government, which is being pushed by Resorts casino.

The referendum, which will be voted on in a special election held on March 31, would replace the mayor with a city manager and would shrink the city council from nine members to five. Atlantic City Council President George Tibbitt called the push change Atlantic City's government a "pure and simple takeover" in the Press of Atlantic City.