Award-winning journalist thanks Philly as he enters retirement 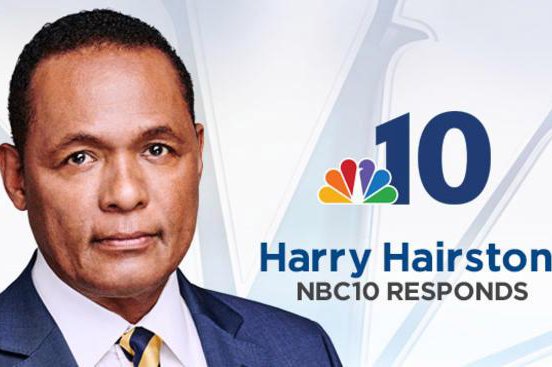 Harry Hairston spent 17 years as an investigative reporter at NBC10, where he covered major stores in the Philadelphia region and was a fierce consumer watchdog. He announced his retirement Thursday.

Veteran NBC10 reporter Harry Hairston will be leaving the station after nearly 17 years as an investigative reporter in the Philadelphia region.

Hairston took the lead on range of major stories after joining the station in 2004. He was the first in the nation to report on sexual misconduct charges filed against comedian Bill Cosby in 2015. He also interviewed Rabbi Fred Neulander, who was convicted of hiring two men to kill his wife in Cherry Hill in 1994, during a visit to a maximum security New Jersey prison in 2012.

In an emotional farewell, NBC10 compiled a highlight reel of some of Hairston's best on-air moments and the stories he's covered over the years.

"It's been a great time," Hairston said during Thursday's afternoon broadcast. "I've got to tell you, I am so blessed for 40 years in the business, 17 right here in Philadelphia. God has blessed me to give me an opportunity to do this. My family has supported me. NBC10 has supported me like crazy over the years. I couldn't have done all this without them."

Hairston, a Pittsburgh native, also thanked Philadelphia for warming to him and supporting his work from day one.

"I've just got to say to you, Philadelphia, you embraced me when I got here in 2004," Hairston said. "Philly, you adopted me. You didn't let me go. I felt your love. And I only hope that I served you well."

Hairston has won multiple Mid-Atlantic Emmy awards for his work and in 2011 was named "Journalist of the Year" by the Philadelphia Association of Black Journalists.

It appears Hairston plans to retire, and he's got one thing on his mind.

"You know, all things come down to golf now," Hairston said.