A new map that compiles the most hated foods in each state shows that Pennsylvanians don't mind the former two – it's a certain kind of drink that Keystone staters can't stand.

"Hater," a dating app that launched in February, released the map earlier this week based on its own data. The app's concept is simple: bringing people together by way of hate. Users can weigh in on 3,000 topics from slow walking to poor tipping and match with others based on mutual commonalities.

Since its winter launch, Hater has had more than 600,000 users, The Huffington Post reported.

The app's most recently released map that breaks down the least desired food items says a lot about each region's personality. Californians, for whatever reason, hate Chick-Fil-A while Texans could do without a well-cooked steak.

Pennsylvanians, on the other hand, disliked chai lattes the most but New Jerseyans' can't stomach the taste of gas station wine. Completely understandable, New Jersey.

Hater has released similar maps in the past, likes its one that shows what each state hates the most out of all its topics released in July or another that reveals what Philadelphians, specifically, dislike the most back in March.

Check out the map below: 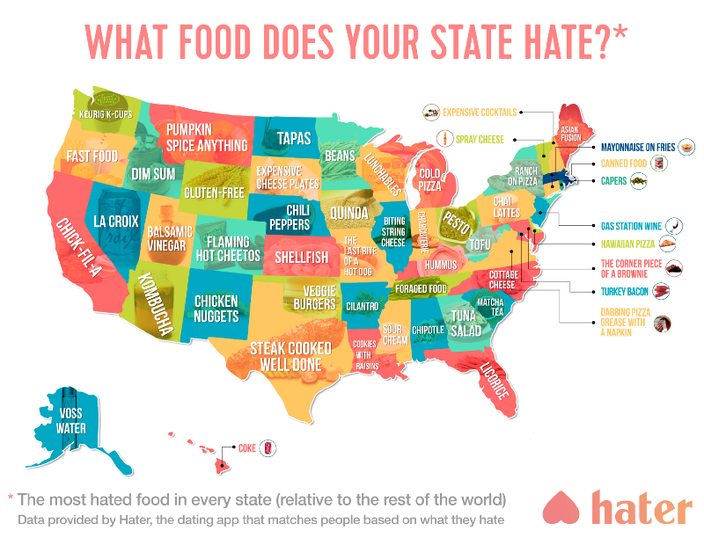