'Holy grail' of ceramics found at archaeological dig in Philly

Key discovery made at site of new museum 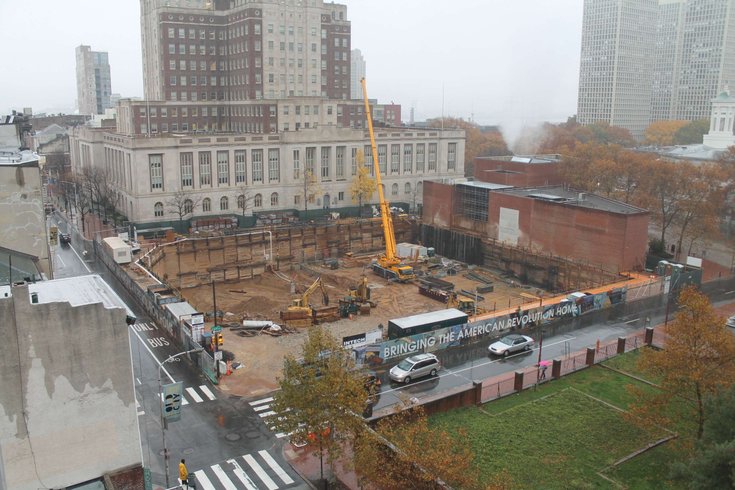 The construction site of the Museum of the American Revolution in Old City.

A small, white bowl found at an archaeological dig in Philadelphia marks an important discovery in the ceramics world.

The bowl was dug up by the Commonwealth Heritage Group during the group's archaeological fieldwork at the site of the Museum of the American Revolution in Old City. According to NewHistorian, the bowl is the "first physical proof of Revolution-era American-made hard-paste porcelain pottery."

The finding was revealed in an upcoming research book, "Ceramics in America 2016," which is slated for a March 2017 publication. Hard-paste porcelain, also called true porcelain, was first created by the Chinese in the seventh century, and making it in the eighteenth century required a "painstaking" process, NewHistorian explains.

The bowl was discovered during the dig in 2014. It was initially thought to be simple stoneware, but geochemical archaeology expert Dr. J. Victor Owen was the first to point out there was evidence it actually might be hard-paste porcelain.

Robert Hunter, editor of "Ceramics in America," explained the significance of the find to Antiques and the Arts Weekly:

“One of the most intriguing stories in the world of ceramic history is the search for the secrets of making hard-paste porcelain,” said Robert Hunter, editor of Ceramics in America and an author and archaeologist. “The search, however, for physical evidence of making true porcelain in Eighteenth Century America has been frustratingly unsuccessful – until now. The discovery of this bowl is like finding the holy grail of American ceramics, and is a thrilling addition to the history of the American effort to produce this coveted material.”

Almost 85,000 historical artifacts were discovered at the dig site of the Museum of the American Revolution, which is set to open in April. Some of the items will be on display at the museum, including a rum-scented mug and relics from a tavern that stood on the site. Also discovered were items from centuries-old toilets.

If you're itching to become an expert in ceramics now, you can preorder "Ceramics in America" here. You can find more information on the Museum of the American Revolution here.