Horse dung has scientists on scent of antibiotic success

By Reuters
Health News Drugs
from 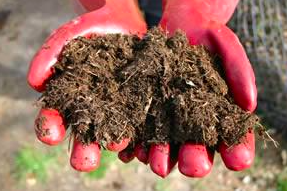 European biologists have discovered a bacteria-killing compound in common mushrooms that grow in horse dung.

Read More
European biologists have discovered a bacteria-killing compound in common mushrooms that grow in horse dung. Unusually for an antibiotic, copsin is a protein; but laboratory trials showed it to have the same effect on bacteria as traditional antibiotics.
Chemists around the world are involved in a race against time to find a solution to the growing problem of bacteria becoming resistant to antibiotics. It's a major threat to the health of the global population, which had long assumed that antibiotics would always be available to cure bacterial illness.
The scientific community hopes to be able to develop a new range of antibiotics to replace those that are increasingly losing their ability to work against infections like Tuberculosis (TB). A research team led by Markus Aebi, Professor of Mycology at ETH Zurich (the Swiss Federal Institute of Technology in Zurich), believe they may have found the answer.
They discovered copsin in the common inky cap mushroom Coprinopsis cinerea that grows on manure, while researching how the fungus and various bacteria affected each other's growth. According to lead researcher, post-doc Andreas Essig, horse manure's rich substrate is key.
"Horse dung is a very rich substrate that harbours a diversity of micro-organisms, including fungi and bacteria," said Essig. "Now these micro-organisms are in a constant competition for nutrients and space and it's therefore very likely to find potent antibiotics in such an environment, which are used by the different organisms to inhibit the growth of the competitors."
Essig and his colleagues from ETH Zurich and the University of Bonn cultivated the fungus in a laboratory, along with several different types of bacteria, and found that C. cinerea killed certain bacteria. Further research demonstrated that the copsin produced by the mushroom was responsible for this antibiotic effect.
"Now copsin kills bacteria by binding to an essential cell wall building block," said Essig. "The cell wall you can consider like the achilles heel of bacteria, so when you disrupt the cell wall synthesis bacteria usually dies rapidly. The binding pattern of copsin on this building block is very unique and therefore copsin is active against bacteria resistant to conventional antibiotics."
Copsin is a protein, whereas traditional antibiotics are often non-protein organic compounds. It belongs to the group of defensins, a class of small proteins produced by numerous to counter disease-causing micro-organisms. In fact, the human body produces defensins in the skin and mucous membranes to protect itself against infections.
To yield larger amounts of the antibiotic, copsin is produced in liquid culture via a methylotrophic yeast called Pichia pastoris. Speaking in the ETH Zurich laboratory while producing copsin, senior scientist PaulI Kallio said: "We are growing Pichia pastoris, which is a methylotrophic yeast and in this yeast we are producing copsin, so this is a long process, and that is why we are using bioreactors which then provides controlled and sterile environment for copsin production."
Kallio says the cultivation process takes five days, before cells can be harvested and copsin extracted.
Essig says copsin's inherent stability is crucial to its potential use and that it could be useful in the food industry, because it kills pathogens such as Listeria, a type of bacteria that can cause severe food poisoning.
"Copsin is an exceptionally stable protein, so you can for example boil it at 100 degrees, you can put it in strong acid for hours," he said. "You can also treat it with very aggressive enzymes and it remains completely active. This feature allows us, for example, also to go into applications in food industry, food preservation, productions where strong acids in high temperatures are very common."
Aebi says it is not certain whether copsin could be used in an antibiotic, but that even if it cannot it remains important research. He is intrigued by what he calls the fundamental question of how fungi have used defensins and other naturally antibiotic substances for millions of years to protect themselves against bacteria, while antibiotics used in medicine by humans have developed resistance in just 70 years.
The team has registered copsin for patent approval.