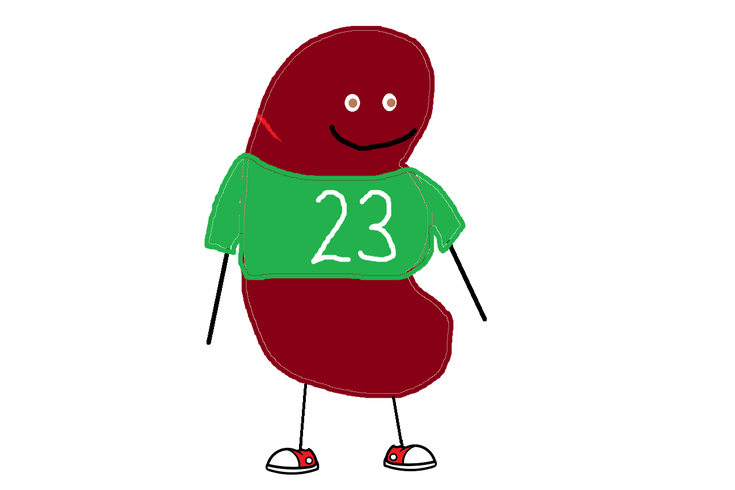 It was reported on Tuesday that Eagles starting safety Chauncey Gardner-Johnson lacerated his kidney against the Green Bay Packers on Sunday night. Unlike an ACL tear, for example, a lacerated kidney is an uncommon injury that the common football fan — or even a reporter 🙋‍♂️ — does not know much about, so I figured I'd talk to a doctor to learn more about it. Jacob Lucas, DO, of Baylor, Scott, and White Health was kind enough to lend his knowledge.

[To be clear, Dr. Lucas is not Chauncey Gardner-Johnson's doctor. He is merely providing general insight on kidney injuries.]

To begin, how does one even lacerate their kidney during a football game? It's not like there are sharp objects inside the human body.

"Actually, most renal trauma are from blunt injuries, not penetrating injuries, like a knife or gunshot," Dr. Lucas said. "The kidney basically sits in a bowl of fat in the upper to mid-part of your back. Sometimes it comes from rib fractures. Sometimes it comes from... sort of like how someone would get a concussion, just the kidney rocking back and forth. Because it has what we call fascial attachments, sort of like a ligament attaching the kidney in several spots, it can rip."

In 2015, Keenan Allen and Andrew Luck had their seasons ended because of lacerated kidneys, with each player missing at least seven games. Zach Ertz only missed one game with a lacerated kidney in 2019. Why the wide range of recovery times?

"I think there are a couple of reasons for that," Dr. Lucas said. "Although we have very clear and strong guidelines about both the treatment and diagnosis for renal trauma, we don't have a good consensus regarding a return for physical activity.

"And so, without any evidence to guide us, to say, for example, if you have a Grade 1 kidney injury, which is just a bruise, you can go back safely in one week. Or if you have a Grade 4 injury, which is really deep cut into the kidney, [there's no specific guidance, such as] you need to wait six weeks. So there's just sort of anecdotal evidence here and there. And so without a unifying set of guidelines, people just really take it on a case by case basis.

"And so someone like Zach Ertz, I'm sure he went against medical recommendations there.

"There is a scientific paper that came out in 2007 that actually looked at an NFL injury database, and looked at 52 players who had kidney injuries. In their study, most players that had kidney injuries just had bruised kidneys, and they were back in an average of like two weeks. But those with lacerations went back at an average of eight weeks. So someone like Chauncey, if he truly has a laceration, he might take longer than someone who just has a bruise."

Dr. Lucas sent me the paper after our call, and noted the most significant part:

"Eighteen of the 52 injured players (34%) required hospitalization for their injury, although none of them required surgery. Players missed the most days after a kidney laceration (mean, 59.8 days; range, 19-111), followed by kidney contusion (mean, 15.1; range, 0-58) and dysfunction (mean, 14.0; range, 4-24). According to the database, no player suffered reinjury to the kidney after return to play."

So the good news here for Gardner-Johnson is that once he heals, it is not an injury that is likely to happen again. However, unlike most injuries, it is very difficult to pin down a reliable timeline for recovery. To underscore that point, Luck's lacerated kidney injury was initially reported as a two-to-six week injury, however, it did not heal as quickly as anticipated, and he ended up missing the final seven games of the season.

What do doctors need to see to give a player a green light to begin playing again?

"Again, we don't have a unifying set of guidelines, but generally, you want to make sure his blood counts look fine," Dr. Lucas said. "If he had blood in his urine, which happens commonly with these types of injuries, make sure that's resolved. Make sure he feels well enough to play. And then I would imagine they'll probably check some other scan to see if the injury is healed. But again, it's really a case-by-case basis."

Can the injury worsen if a players comes back from a kidney injury too soon?