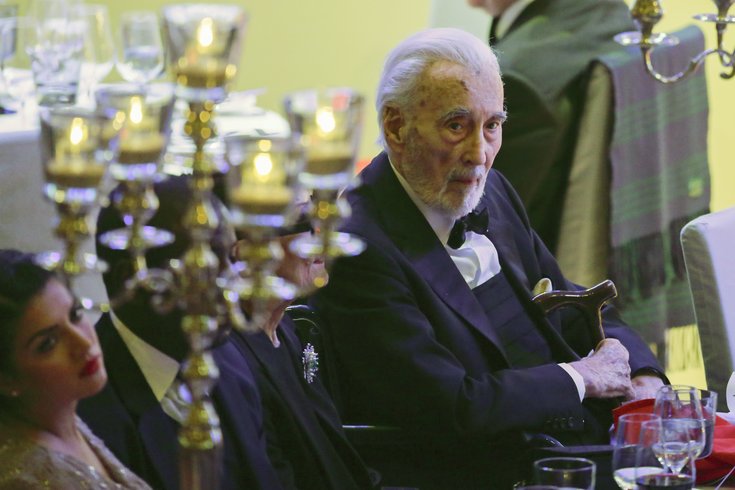 Sir Christopher Lee at a gala in Germany.

British actor Christopher Lee, who devoted his long career to portraying horror film villains and later appeared in the blockbuster "Star Wars" and "Lord of the Rings" series, has died at the age of 93.

Lee died last Sunday in hospital where he had been undergoing treatment for respiratory problems, British media reports said. Lee's agent, in an emailed statement, said his family "wishes to make no comment".

The London-born actor achieved fame from the late 1950s into the 1970s playing characters such as Dracula, Frankenstein's monster and the Mummy for Hammer Films.

Many leading directors sought out his talents, particularly in the latter stages of his career.

He played the fiendish criminal genius Fu Manchu in five films, the villain Scaramanga in the James Bond movie "The Man with the Golden Gun" (1974) and, in a rare departure from cinematic wickedness, gave life to the fictional detective Sherlock Holmes in a couple of films.

As part of his late-career flourish, he also appeared in Martin Scorsese's "Hugo" (2011) and Tim Burton's black comedy "Dark Shadows" (2012) with Johnny Depp.

Christopher Frank Carandini Lee was born on May 27, 1922 and took up acting on the suggestion of a cousin after serving in the Royal Air Force in World War Two.

He made his film debut in 1947, launching a career that eventually spanned more than 200 movies.

Lee was most closely associated with the role of Dracula, dispensing with the nobility Lugosi had given the role and adopting a more beastly, lustful bearing as he dispensed with various buxom victims.

Lee brought to his monsters a sense of pitifulness that he called "the loneliness of evil." Despite being a master of the horror genre, Lee did not even like the word.

"It implies something nauseating, revolting, disgusting - which one sees too often these days. I prefer the word 'fantasy,'" he told the New York Times in 2002.

(Reporting by Stephen Addison and Michael Roddy, writing by Will Dunham,; Editing by Mark Trevelyan)