LEGO bricks have entertained the hands (and pained the feet) of children for decades. As the LEGO brand has evolved, innumerable kits for building local landmarks and pop culture set pieces have been released over the years. Now, one Philadelphia web designer and artist is looking to put Independence Hall on the LEGO map, so to speak.

Chris Elliott who, according to his website, is a Drexel grad with a love of LEGO, submitted this proposal for a brick-built Independence Hall to LEGO Ideas Jan. 7.

The site gathers submissions from fans all over for potential projects that LEGO might sell down the line. Projects that fit the guidelines get their own page where they can gather supporters. If they grab 1,000 supporters in the span of a year, they get six more months to get to 5,000 supports. If they reach that goal, they get another six months to reach 10,000. Once it hits 10,000 supporters the project moves on to the LEGO Review Board. If the board selects it for production, the project creator is involved in the process, featured in set materials and given royalties on sales.

Essentially, it's LEGO's way of crowdsourcing what it should make next. 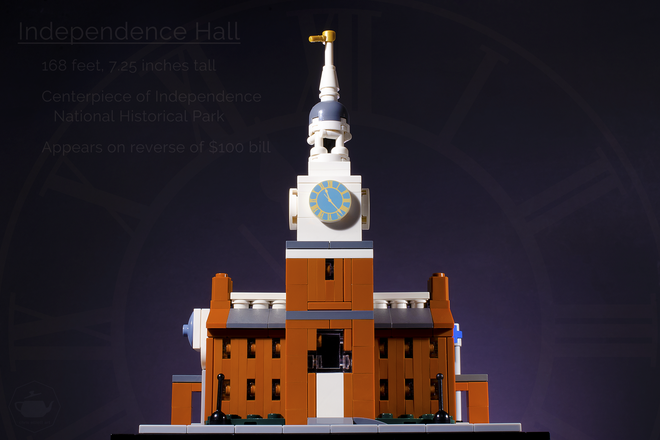 Elliott argues that Independence Hall is worthy of a LEGO Architecture kit thanks to its historical significance and designation as a UNESCO World Heritage Site. On his blog, Elliott writes it is "One of the most intensive builds I’ve ever done, both financially and structurally." According to his LEGO Ideas post, his project includes about 582 bricks and features custom-made clocktower pieces.

As of press time, the project has 66 supporters and 364 days left to be supported. If you're a LEGO fan or a history buff, click here to support the project.

A similar Independence Hall-based project was submitted in August and currently has 133 supporters. Which will you vote for? Tell us in the comments!