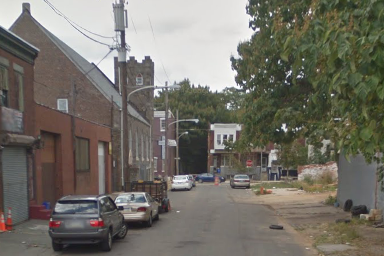 The 2600 block of West Hagert Street.

Authorities are still looking into the case of three bodies found Tuesday in a garage, and a local report has conflicting accounts of how they got there.

Police responded to the reports of a foul odor on the 2600 block of West Hagert Street. In the garage, three bodies were discovered inside a casket and two boxes.

6 ABC reports that the witness who noticed the smell entered the garage and discovered one of the bodies before calling police.

According to the Philadelphia Daily News, the funeral home is owned by Janet Dailey.

Her son Chris Dailey told the Daily News that Powell's location at North 27th Street has been closed for several months for renovations and that bodies were being stored at Price Funeral Home in West Philly for the time being.

Chris said that he stored the three bodies in the garage Tuesday morning shortly before they were discovered because there was no room at Price for refrigerated storage, as they were set to be cremated later that day.

Yet the Daily News reports that Janet told investigators a different story, as she said the bodies were dropped off Monday after the smell at the 27th Street location was too much to bear.

For more on their conflicting accounts, read more from the Daily News here.

State records show that while Janet's licenses as a funeral director and supervisor are active, the license for Powell Funeral Home expired in 2012.

Police said Wednesday that no files have been charged and an investigation is ongoing.