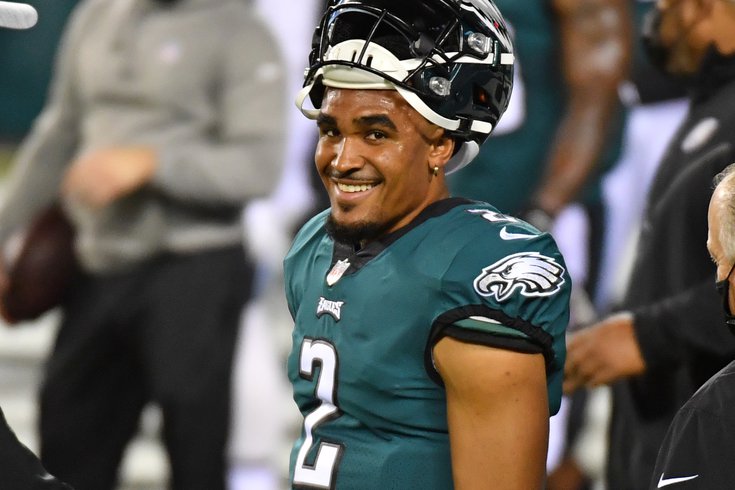 During the Philadelphia Eagles' loss to the Packers in Green Bay on Sunday, as you all saw, Doug Pederson benched Carson Wentz in favor of Jalen Hurts. Wentz did not return, and while Hurts wasn't exactly a world beater, he provided a spark, and the team around him began to show more life.

According to Chris Mortensen and Adam Schefter of ESPN, the Eagles will make the rather obvious decision to start Hurts next Sunday against the New Orleans Saints.

Eagles’ HC Doug Pederson is naming Jalen Hurts his new starting quarterback and the rookie will start Sunday vs. the New Orleans Saints, sources tell @AdamSchefter and me. Carson Wentz will back up Hurts.

Shortly after the news broke, the Eagles made it official by making their own announcement on Twitter.

“I have come to a decision and I am going to go with Jalen Hurts this week against New Orleans," Doug Pederson said in an additional statement. "I looked at the whole thing and decided that for this week to look for that spark again to try to get the team over the hump.”

Hurts is being handed the keys to a Ford Pinto of an Eagles offense that hasn't scored more than 17 points in any of the last five games. Certainly, Wentz hasn't been good, to put it kindly, but the offense's problems extended far beyond the quarterback. Against the Packers, Hurts was 5 of 12 for 109 yards, 1 TD, 1 INT, and a 67.7 QB rating. He also ran 5 times for 29 yards. We showed Hurts' 5 runs, 12 throws, and 3 sacks in video on Monday.

The Eagles will get a chance to see what Hurts can do on Sunday at a minimum — they'll host the Saints as 7.5-point underdogs, according to TheLines.com — and assuming he doesn't fall on his face, perhaps the rest of the season.

Big picture, the biggest question will be Wentz's future with the team, especially if Hurts plays well.

MORE: What they're saying: Eagles are in QB hell and must stick with Hurts over Wentz | Video of Eagles QB Jalen Hurts' runs and throws vs. the Packers | McMullen: Wentz gave Pederson no choice but to bench him for Hurts