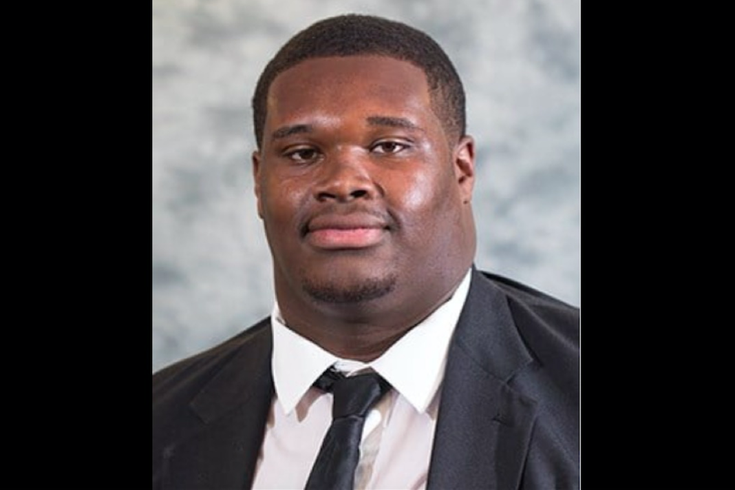 Jamain Stephens, 20, was a senior business administration major and football player at California University of Pennsylvania. The Vulcans defensive lineman died on Sept. 8, 2020.

Family and friends of Jamain Stephens Jr. are mourning the death of the California University of Pennsylvania football player.

Stephens, 20, a senior business administration major and defensive lineman for the Vulcans, died Tuesday from what initially was reported to be complications of COVID-19.

His high school alma mater, Central Catholic in Pittsburgh, later clarified that an official confirmation of the cause of Stephens' death had not yet been made. The school had learned of his death from close friends.

Nicknamed "Juice," Stephens grew up in the Stanton Heights neighborhood of Pittsburgh and was the son of former Pittsburgh Steelers and Cincinnati Bengals offensive lineman Jamain Stephens, who played five seasons in the NFL.

"Jamain was such a wonderful student with a smile on his face every time you saw him," said Cal U athletic director Karen Hjerpe said. "His personality was contagious and he made such a positive impact on everyone he met."

At Central Catholic, Stephens won two Western Pennsylvania Interscholastic Athletic League championships and a state title in 2015. He continued to support his high school after advancing to college.

"Jamain was the embodiment of everything a Central Catholic student should be: kind, gentle, giving, faithful and a friend to all," Central Catholic principal Tony Baginski said. "We pray for Jamain and his friends and family during this terrible time.”

Stephens' death comes as debate continues about the safety of playing collegiate football during the coronavirus pandemic. The Pennsylvania State Athletic Conference, where Cal U plays, canceled its season as a result of the pandemic.

While major Division I conferences such as the Big Ten and Pac-12 have canceled their seasons, both the Big 12 and ACC decided to move forward with precautions. Six FBS conferences will play shortened seasons in the fall, while another four aim to play in the spring.

Stephens played 32 games for the Vulcans during his college career.